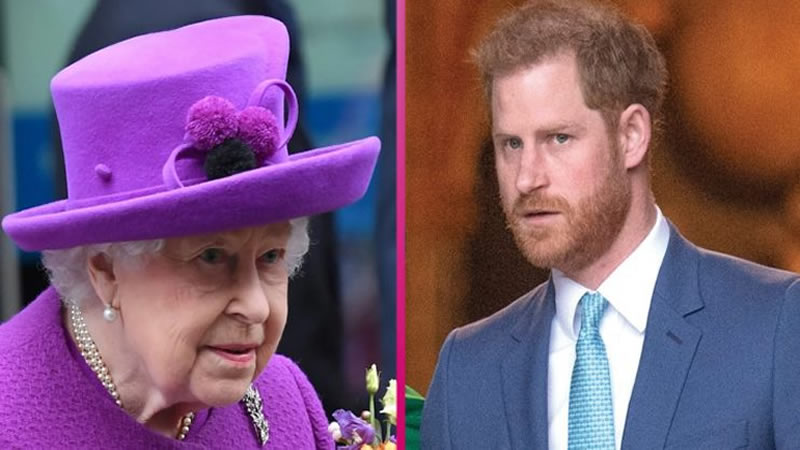 The Queen is said to have offered an invitation to Prince Harry, her grandson, to lunch next month during his next trip back to the UK. It’ll be the first time the Duke has had a one-on-one with Her Majesty since moving to the US.

Prince Harry has been reportedly invited to lunch by the Queen in a bid to “talk things through”.

Her Majesty is said to have offered the invitation as an olive branch for when he’s back in the UK next month for the unveiling of a statue of his late mother, Princess Diana.

It’s claimed the informal meeting is understood to allow the Queen to “talk things through” with the Duke of Sussex after he welcomed his daughter Lilibet with wife Meghan Markle, who was named after the monarch’s childhood nickname.

Harry, 36, accused members of the Royal Family of passing on “genetic pain and suffering” in his latest swipe at his old life in The Firm.

The Duke also sat alongside Meghan as the pair spoke to Oprah Winfrey in an explosive interview about their time as senior royals.

They alleged a senior royal member made a racist remark on Archie’s skin colour before he was born and they failed to stop the abuse the Duchess of Sussex received online.

However, insiders claim the monarch does not hold a grudge against her grandson and has instead offered the opportunity to eat with her at Windsor Castle.

A courtier claimed to the Daily Mail: “It’s a typically magnanimous gesture by Her Majesty.

“The lunch will be a chance for them to talk things through.”

They said the invitation was made before Lilibet’s birth on Friday.

During Harry’s trip to Britain, Meghan is expected to remain at their £11million home in Santa Barbara’s Montecito neighbourhood with son Archie, two, and their new daughter.

The lunch would be the first one-on-one meeting the Duke has had with Her Majesty since the Sussexes revealed they would be stepping down as senior royals last year.

The Queen hosted an informal Sunday lunch in her dining room for her grandson in March 2020 following the Sandringham summit with Prince William and Charles.

Harry was also seen talking to his brother at Prince Philip’s funeral in April.

The siblings were spotted chatting as they walked back up to the castle from St George’s Chapel following the service.

It came only weeks after the Oprah interview was broadcast globally.

Despite the allegations made by Harry and Meghan, the Queen made it clear that they remain “much-loved family members” in a statement days after the interview aired.

Buckingham Palace added that matters raised during the bombshell chat would be dealt with ‘privately’.

It also comes after reports the Duke told the Queen of his wish to name a daughter after her years before he met Meghan.

Harry reportedly informed his grandmother he’d like to use his name, or part of it, when speaking of his future family life.

His decision, along with Meghan’s, to call their newborn daughter Lilibet – who will be known as Lili – was an affectionate nickname she was given by her father George V as a child.

A royal source told the Mirror: “Harry has always enjoyed a wonderful bond with his grandmother, which makes it all the more bizarre that he has gone out of his way to threaten the relationship over the last couple of years.