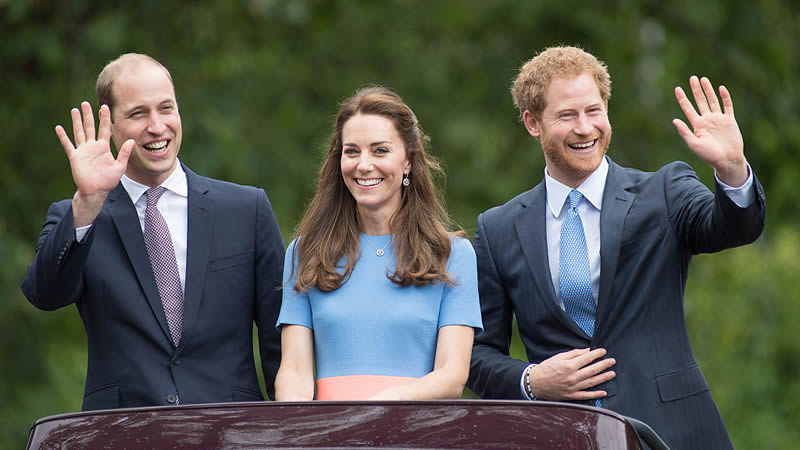 In many families, a new baby brings people together, but maybe not so much for Prince Harry and Prince William. The birth of Lilibet could have been a big moment for the royal family, but it looks like the tension remains and has no signs of thawing anytime soon.

According to The Mail on Sunday, it’s Kate Middleton, who is Harry’s go-to person in the family. A palace source claims that the Duke of Sussex texted his sister-in-law to announce the birth of Lilibet, he never bothered to reach out to his older brother.

While the insider boasts that this is “cementing her role as a bridge between him and his brother,” it’s also quite a burden to bear.

The rift is between the two brothers, and while it is nice to have someone who can communicate important family information between them neutrally, the Duchess of Cambridge shouldn’t be stuck in the middle.

Around the time of Prince Philip’s funeral, Kate was already being labeled the “peacemaker” to help the siblings keep a “united” front, per the Daily Telegraph. But again, she shouldn’t be policing their behavior because the royal brothers should be stepping up and taking responsibility for the breakdown in their relationship.

With Kate receiving such warm press after her public appearances with First Lady Dr. Jill Biden last week, she should be able to bask in that glow. Instead, it feels like she’s constantly tossed back into the fray of a royal rift that is so personal and doesn’t really seem to involve her at all (especially if Harry considers her an ally).

Prince William and Prince Harry need to make their relationship a priority with the upcoming July 1 Princess Diana statue unveiling looming ahead — if not for themselves, then for the love of Kate.

Having too much energy drink may cause heart failure

Paris Hilton and Carter Reum engaged to be married