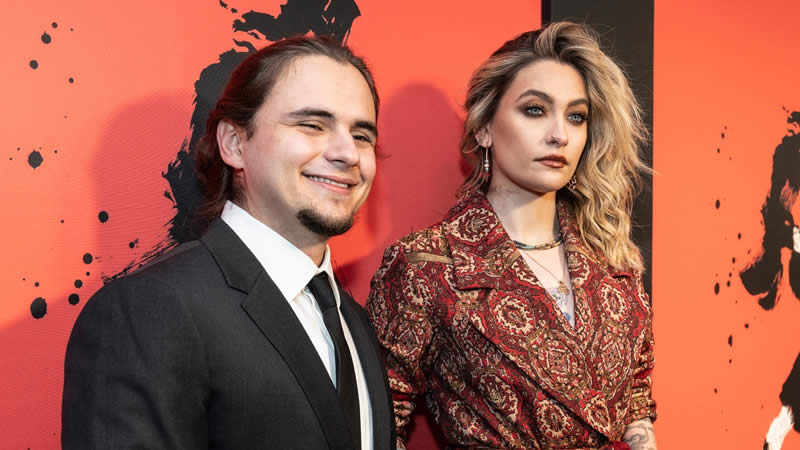 All three of Michael Jackson’s kids — Prince, Paris, and Prince II (aka Bigi, Blanket) — made a rare appearance together in honor of their dad.

The trio attended Tuesday’s opening night of Broadway’s MJ the Musical at Neil Simon Theatre in NYC. The musical, which has the backing of the Michael Jackson Estate, is about the late King of Pop’s 1992 Dangerous World tour.

Prince, 24, and Paris, 23, made a big entrance. They arrived in a van limo with Prince helping his sister, a model, and singer, giving his sister a helping hand as she climbed out of the ride. He wore a suit while she had on a red paisley dress.

While they stopped and posed for photos on the red carpet, which drew celebrity guests including Spike Lee and Tamron Hall, they took their seats once the lights went down — and were joined by their 19-year-old sibling Bigi, who is rarely spotted in public.

The musical — which sees Myles Frost playing Michael in a book penned by two-time Pulitzer Prize-winning playwright Lynn Nottage — made Paris cry, according to a Page Six source.

She teared up during the show’s duet of “I’ll Be There” in the first act. Paris rested her head on one of her brothers’ shoulders number and dabbed at her eyes with a tissue.

The siblings were then whisked out of the theater after the show ended and before the lights came back on for the curtain call. They exited the theater together with Paris and Bigi’s arms linked and her other arm extended back to hold Prince’s hand. They all climbed into the waiting van.

Paris later shared Instagram videos of her with Prince pre-show and at the show. She also shared a video of the three siblings exiting the venue together as well as a photo from when they were children.

The big event drew other Jacksons as well including TJ Jackson, who is the youngest son of Tito.

Michael, who raised the children on his own (Debbie Rowe gave birth to Paris and Prince, an unidentified surrogate had Bigi), died in 2009 of acute propofol and benzodiazepine intoxication. At the time, his children were 12 and under. They all attended his memorial service.

Prince discussed the close bond he shares with his siblings in an October interview, saying, “When we were growing up, my father would say, ‘We could have nothing, but you look around in this room, your brother, your sister, and me, that’s all you’ll ever have.

And that always stuck with my siblings and I, and we have such a close relationship. Because I’m the oldest, my father would always tell me [that] I have to make sure that the group is taken care of and that I have to be the leader and lead by example.”

The iconic entertainer’s legacy has been clouded by child molestation accusations — though he was never convicted of a crime. This musical is no different with critics saying the show “sanitizes his life” and “turns down [the] volume on [the] abuse accusations.”