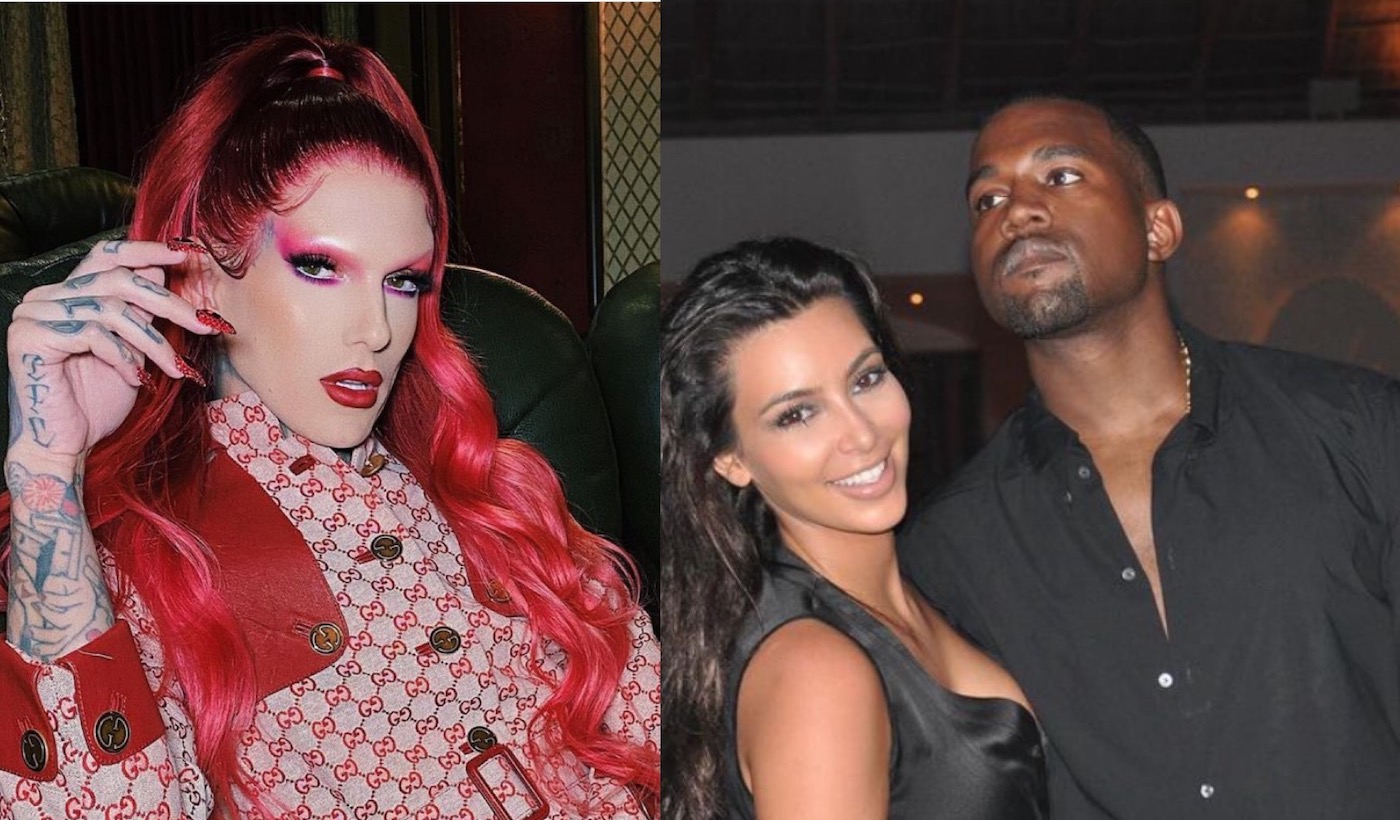 Kanye West alleged affair with Jeffree Star explodes on social media amid reports Kim Kardashian is filing for a divorce.

The news broke yesterday that it looks like power couple Kanye West and Kim Kardashian are headed for divorce. It comes as a sort of a confirmation more than a shock since they’ve been separated over the last few months.

While he is staying at his Wyoming ranch, Kim is at her home in Los Angeles. According to reports, Kanye has accepted the divorce, but Kim hasn’t filed the official paperwork as yet.

According to a source who spoke with PEOPLE, “He knows that she’s done. She has had enough, and she told him that she wants some space to figure out her future. He’s OK. He’s sad but OK. He knows the inevitable will happen, and he knows that it’s coming soon.” The couple were married in 2014 and have four children.

While Kanye West takes the time to process everything that is going on, a vicious rumor has begun on Twitter, which insinuated that Kanye is actually in a relationship with beauty influencer Jeffree Star. The unsubstantiated claims began making the rounds yesterday following TikToker’s Ava Louise claims.

The rumors are all based on speculation but according to Louise, she was informed of the relationship by a very good source. She captioned the video, “i can’t say WHO cuz he’ll sue me hint hint but it’s part of the reason Kanye’s so religious now it’s his self hatred …. my source is legit I promiss.”

According to her video, “Now that Kim’s finally doing this, I feel like I can spill the tea that I’ve been holding onto for months. This whole divorce comes as no surprise. Kanye’s been hooking up with a very famous beauty guru, male beauty guru, and a lot of people in the scene have known for a while.”

That was enough for Twitter users to begin believing that the influencer was Jeffree Star, and soon #JeffYe was trending. Another rumor also began swirling that Kim is dating CNN’s Van Jones. The situation looks like it may get messy. Here’s how some fans responded.