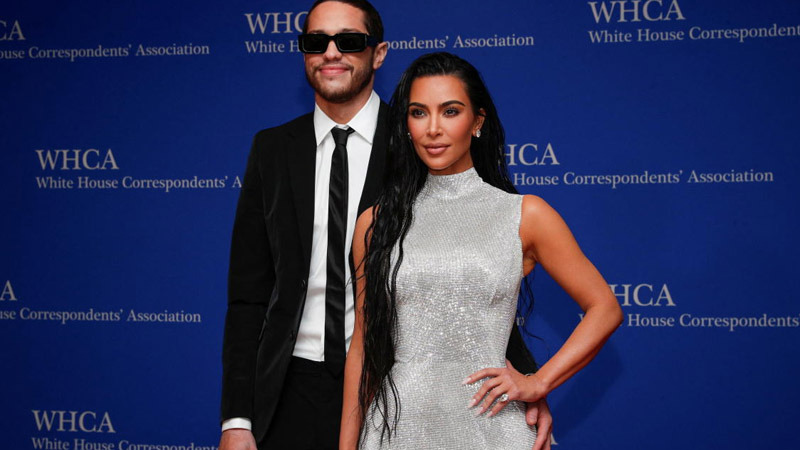 KIM Kardashian has taken a brutal swipe at her ex-boyfriend Pete Davidson while appearing on the Late Late Show with James Corden.

The reality star, 41, stated that the men she has been pursuing are “clearly not working out” for her.

During her appearance on James Corden’s show, the host questioned Kim about the type of man she sees herself with in the future.

The SKIMS founder said: “I’m not looking. I just want to chill for a minute, I think I need some time to myself.

“But I think my next route will… I feel like I have to go to different places. Clearly, it’s not working, whatever I’m doing.”

Kim – who has four kids with her ex Kanye West – went on: “I don’t know, maybe like a hospital and meet a doctor. A law firm?

“I think it’s going to be a scientist, neuroscientist, biochemist, doctor,
attorney. That’s maybe what I envision.”

Kim allegedly ended her relationship with Pete last month because she was “totally exhausted” by his “immaturity” and their 13-year age difference.

However, it has been reported that the breakup was Pete’s idea.

Johnny Potenza, a Staten Island talk show host who gave Pete his start in TV in February 2010, told The Sun in an exclusive interview: “The gossip columns claim they both made the agreement to split but I think Kim had too much baggage for him.

“She’s 20 years older, she has four kids and she was married to Kanye West who was always making trouble for them.

“Kanye was picking fights and calling him names. For a man his age, it was childish – a pathetic love drama.

“Most of the people I know in Staten Island were saying it wouldn’t last.

“Everyone was shocked he was dating Kim, who is a very classy woman. Pete always lived like a regular guy his age.”

Kim started dating Pete after filing for divorce from Kanye in February 2021, after nearly seven years of marriage.