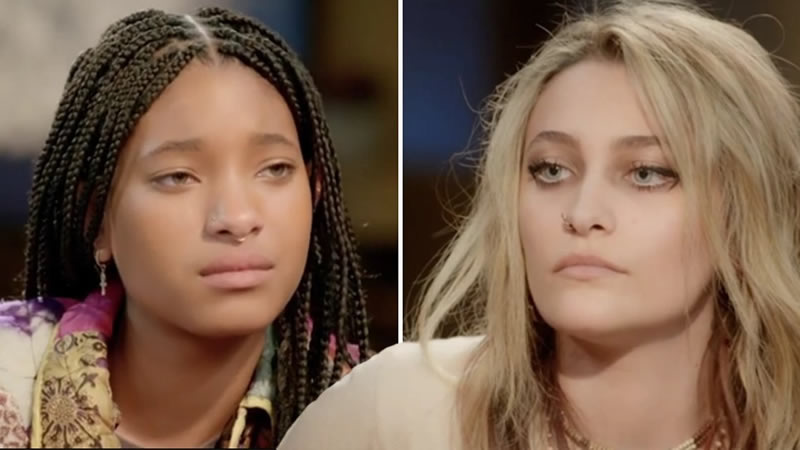 Paris Jackson is getting real about how the death of their father Michael Jackson affected her at the age of 11. She shared her painful feelings with Willow Smith on the latest episode of Facebook Watch’s Red Table Talk.

The loss of a parent (her only parent!) at such a tender age colored every aspect of her life moving forward after that sad day in June 2009. She admitted in the dark days after he passed away, she wasn’t “conscious of, ‘I’m gonna keep going’ ” type of thoughts.

Instead, the “Let Down” singer chose to obey whatever the adults around her told her what to do. She describes an incredibly isolating and lonely experience in the aftermath.

“Okay, I’m living here now, and, okay, I’m going to school now, and I’m not homeschooled anymore, and I’ll just do what I’m told,” She told Smith. ” ‘Cause I didn’t really have much guidance.”

It’s pretty common after a traumatic event not to remember much of what happened because everything is numb, but processing those emotions as an adult is much different than how a kid copes in those tragic life moments.

It could be why Paris struggled through her teen years with depression and her sexual identity because she didn’t have an outlet in the very conservative Jackson family to share her feelings.

That’s what makes her recent public vulnerability and authenticity so refreshing — she’s been through some really rough times, but doesn’t hide behind her journey.

The beautiful thing that Paris has learned is to take the special parts of Michael and carry on his legacy through her music and in her personal life.

She remembers “the good morals” he taught her as well as “humility, compassion, tolerance, just being kind to other people.” But the most useful bit of advice the pop star gave her was to “be kind to yourself.”

“That’s just the very standard way that I keep that memory alive and do what I can to make him proud,” she said. For Paris, that won’t ever wash away the excruciating days after losing her dad, but it probably helps her keep him close to her heart.