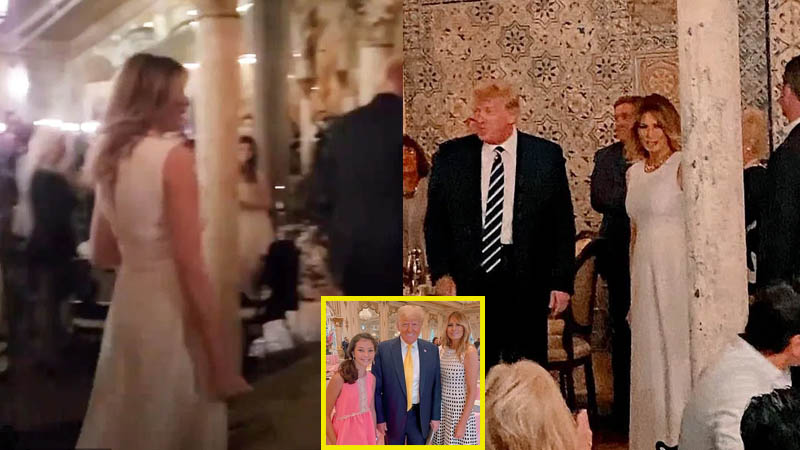 Melania Trump, the former first lady of the United States (FLOTUS), stole the show in a stunning $1,900 gown as she joined Donald Trump at a fundraiser at Mar-a-Lago this weekend.

Attending the event alongside the former president, Trump has rarely been seen over the past several months since she left the White House with her husband.

Sporting a $1,900 white dress by Giambattista Valli, the 50-year-old stood beside her husband as they smiled and greeted guests. The dinner she attended was hosted by the former president for Republican National Committee donors, The Daily Mail reports.

The former model wore her highlighted brown hair in loose waves that fell around her shoulders and completed her look with silver jewelry and low white heels.

The Washington Post reports that the former president spoke for about an hour at the fundraiser, telling donors that the COVID-19 vaccine should be named after him.

Trump went on to repeat a line from 2015, calling immigrants crossing the border illegally violent criminals. This time, he said, they were “coming in from the Middle East”.

Meanwhile, it has appeared that Melania is reportedly seeking a quieter life with her 15-year-old son Barron since leaving Washington DC, as she has made just five brief appearances in the several weeks.