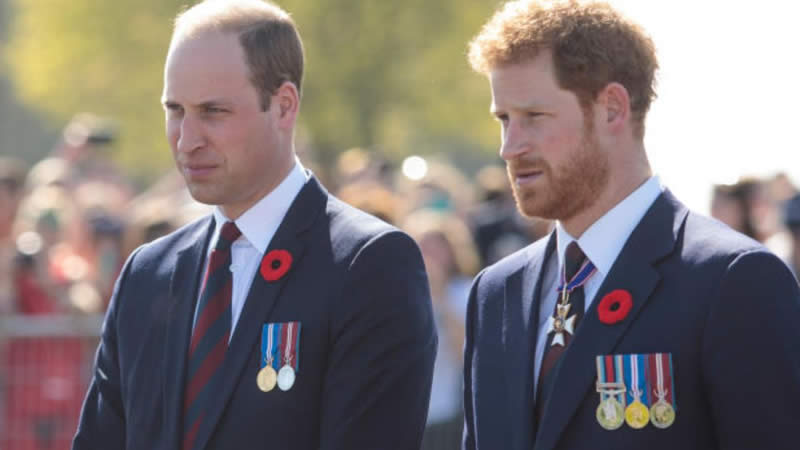 Prince Harry and Prince William made a touching nod to their late mother Princess Diana at the recent statue unveiling.

Last Thursday, the brothers put on a united front as they unveiled a statue of Diana at Kensington Palace to mark what would have been her 60th birthday. For the occasion, William and Harry both wore navy suits which a royal expert says was a nod to Diana.

Harry and William make a nod to Diana
Richard Eden explained that Harry often favors a grey suit but ditched that for last week’s event.

“That was Diana’s favorite suit for a man, it was navy.”

The Duke of Sussex flew over from California to attend the unveiling with William. Due to COVID-19 regulations, the number of guests was slashed. Alongside the brothers, Diana’s siblings were also in attendance. After the statue was unveiled, royal fans had very mixed reactions to it.

The statue, designed and crafted by sculptor Ian Rank-Broadley, showed Diana with her arms on the shoulders of two children, and a third was seen stood to the side of her.

Underneath the statue, a paving stone is engraved with: “These are the units to measure the worth Of this woman as a woman regardless of birth.

“Not what was her station? But had she a heart? How did she play her God-given part?”

One fan wrote on Twitter: “Princess Diana had an inner beauty which unfortunately hasn’t been captured with the statue.”

However, one gushed: “The statue dedicated to Princess Diana is very beautiful. It truly represents her spirit and character.”

Another tweeted: “Today was the unveiling of Princess Diana’s statue and it’s beautiful. The children were a very nice touch!!”