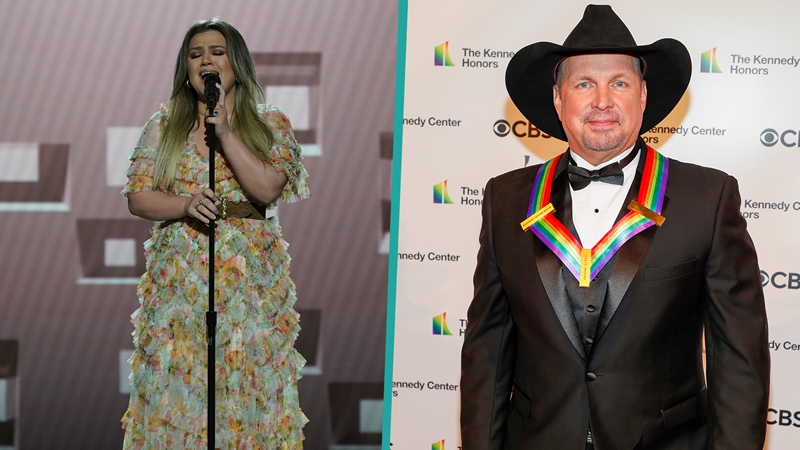 Clarkson previously shared that ‘The Dance’ helped her cope with her divorce from Brandon Blackstock.

This performance would move anyone to tears.

Garth Brooks is one of the honorees at the 43rd annual Kennedy Center Honors in Washington, D.C. — and Kelly Clarkson is performing a soulful rendition of his beloved song “The Dance.”

“Could have missed the pain but I would’ve had to miss the dance,” Clarkson, 39, sings in a PEOPLE exclusive clip, before the camera pans to Brooks and wife Trisha Yearwood as he holds back tears..

“The Dance” is a meaningful song for Clarkson. When Brooks, 59, visited her talk show last year, she spoke about how it’s helped her through her divorce from estranged husband Brandon Blackstock.

“So I’m going through a divorce and there’s been like a lot of books and people always give you stuff to help, especially when you have kids and stuff,” Clarkson said at the time. “And there’s so much shame and guilt.”

“I couldn’t quite nail down the feeling,” she continued. “Like you don’t want to crap on it, like, you don’t want to say that [relationship] doesn’t count or matter, but you don’t know what to put in it because it didn’t work out like you wanted. So, anyway, I kid you not, I was listening to my playlist and ‘The Dance’ came on. And I was like, ‘No, that’s the thing. That’s it.'”

Clarkson explained that the track even inspired her to write her own song regarding the divorce that will be featured on her forthcoming album.

Although awarded last month, the Kennedy Center Honors is set to air on Sunday, June 6 at 8 p.m. ET on CBS.