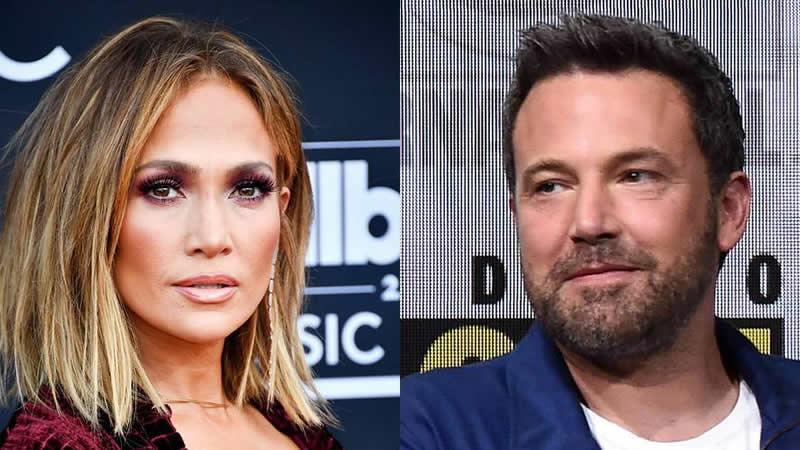 Ben Affleck and Jennifer Lopez can’t get enough of each other. On a recent public outing, the reunited couple is again seen sharing a passionate kiss.

Lopez and Affleck can’t get their hands – or lips – off each other while dining at Nobu in Malibu Sunday. According to Page Six, the pair was with the 51-year-old performer’s family for the birthday of her sister, Linda. But they seemed to be in their own romantic world.

In a photograph Lopex pulls the “Justice League” star close and leaned on his shoulder. He then kissed her while she caressed his face.

The two stared into each other’s eyes and Affleck later nuzzled her neck. He then whispered something that made her giggle.

Lopez’s twins Max and Emme – who she shares with ex-husband Marc Anthony – entered the scene. The children appear comfortable with Affleck.

“Everyone was extremely comfortable with each other and Ben was giving a lot of his attention to Jen’s children,” a source told HollywoodLife. “There was no awkwardness with the PDA they displayed and everyone was just having a really good time.”

J. Lo’s family approves of her romance. He even gets the approval of her mother, Guadalupe Rodriguez.

A different insider told People last week that Rodriguez was “thrilled” at her daughter’s renewed love. The tipster explained the Lopez matriarch and the 48-year-old actor used to be very close.

She loved Affleck, so after they called-off their engagement, she was sad.

Now that Bennifer is back Guadalupe was seen spending some time with Affleck in Las Vegas earlier this month.

Lopez and Affleck were engaged in 2002 but were never married. They sparked relationship rumors in April after she called off her engagement to Alex Rodriguez.

Since then, Affleck and Lopez have dominated the headlines and have been seen together often.

Queen Reportedly Ready To Expose All Of Prince Harry’s ‘Mistruths’