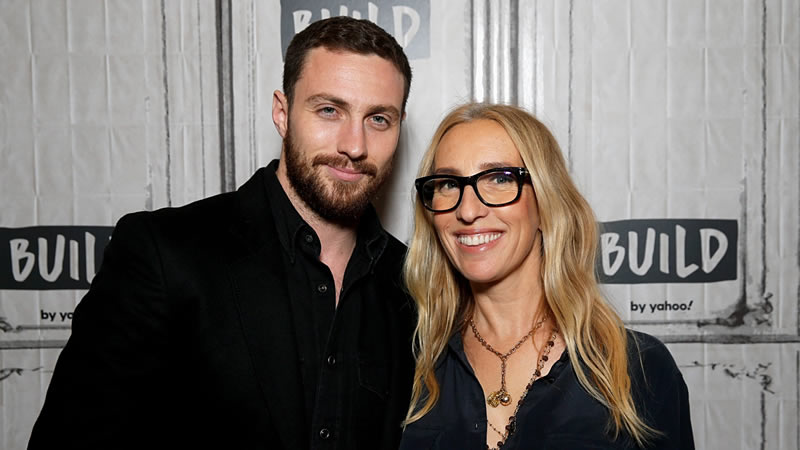 The couple shut down speculations of divorce by getting “his and hers” tattoos.

Sam and Aaron Taylor-Johnson further sealed their marriage with brand new matching tattoos and they documented this moment with a photo shared on social media on Tuesday.

The couple showed off their new ink in pictures posted on the Instagram page of celebrity tattoo artist, Dr. Woo. One snap shows 30-year-old Aaron shirtless to reveal the tattoo of a hummingbird next to his wife’s name on his chest. In the other photo, Sam joins her husband as she shows the “Aaron” inked to her collarbone.

“Captured a healed hummingbird on Aaron and added some love for Sam,” reads the caption added to the photo along with the hashtags #hideawayatsuitex and #healedneedle.

Aaron’s tattoos do not appear to be new as they previously appeared on his wife’s Instagram in April. The director shared a photo of the actor dressed in a partly-opened robe that showed the “Sam” ink on his chest. The tip of the hummingbird’s beak also peeked out.

The “his and hers” tattoos come after rumours spread that they were heading for divorce. Netizens speculated trouble is brewing in their marriage after they spotted a listing of their Los Angeles home online.

The “Avengers: Age of Ultron” actor and his 54-year-old wife had put their Mediterranean-style villa on sale for $7.5 million.

Naturally, news that they have put their Beverly Hills mansion on the market prompted many to believe that they are separating. The rumours even excited fans of the actor who do not approve of his relationship with the “Fifty Shades of Grey” filmmaker.

But Sam and Aaron remain devoted to their marriage and their family. They share two daughters Romy Hero, 9, and Wylda Rae, who turns 11 next month. The director is also a mum to two other older kids from her previous relationship with her ex-husband Jay Jopling.

“I don’t really analyse our relationship. I just know that it works,” Aaron said during a 2017 interview with Mr. Porter.

“I just feel secure and loved and safe. We have this very deep connection. We’re just in sync,” he said of his marriage to Sam.