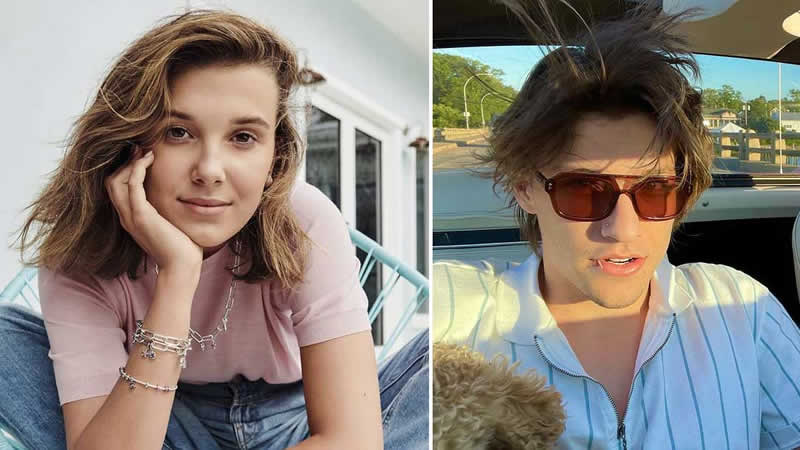 Millie Bobby Brown and Jake Bongiovi are Instagram official! On Monday, the Stranger Things actress, 17, shared an Instagram photo with the son of singer Jon Bon Jovi.
The adorable photo shows Bongiovi, 19, kissing Brown’s face while riding the London Eye ferris wheel. She captioned the post with a nod to the location — an eye and ferris wheel emoji.

However, though this is Bongiovi’s first appearance on Brown’s Instagram account, she has previously been on his page. On Monday, he also posted a picture of the two sipping tea at a café with the remark, “We’re starting a band, send name ideas.”

Last week, Bongiovi posted a picture of him and Brown on a CCTV camera. Meanwhile, his first photo of her was from June. The June post sparked the first whispers of a relationship between the young stars. They were observed strolling around New York City together around two weeks later.

The couple made their public debut holding hands while strolling side by side as Bongiovi carried Brown’s dog Winnie in a huge denim bag. The Enola Holmes actress then posted a series of sunny photos of herself with Bongiovi on her Instagram Story in July. Brown, shown standing next to Bongiovi, puckered her lips for the photo behind a sticker that said “Happy Weekend.”

In another photo, she was standing next to Bongiovi, with the sinking sun between them. Meanwhile, as per PEOPLE, Bongiovi is the second child of Bon Jovi, 59, and his wife Dorothea Hurley. The couple met in 1980 and married nine years later in 1989.