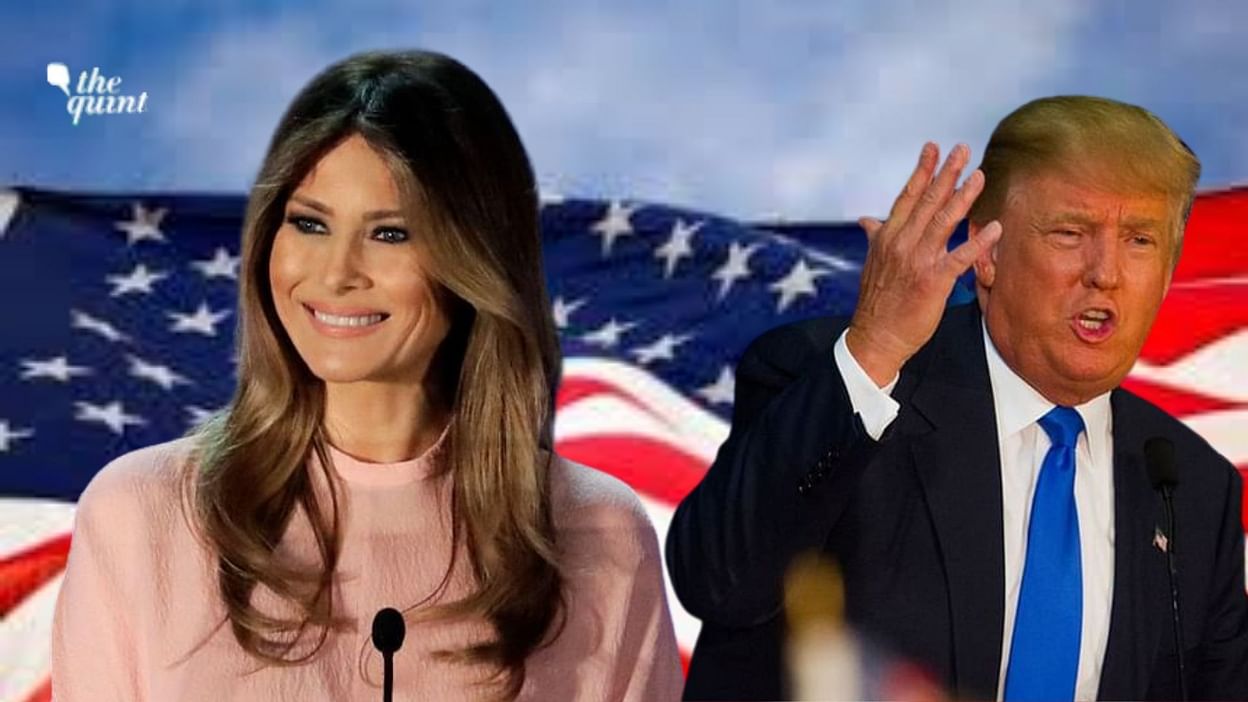 In case you forgot, the now-former First Lady of the United States, Melania Trump, got her ticket to ride (i.e. her green card, the Einstein version, no less, which is supposed to be reserved for individuals with astronomical talents) allegedly based upon her supposed expert-level knack for modeling.

However, multiple reports over the years have indicated that she wasn’t actually that great at it. She struggled a lot during her modeling days and couldn’t seem to hold down many gigs or land any of the truly big ones — which ultimately led the future First Lady to do some pretty sketchy, risqué shoots to keep the bills paid.

And unfortunately for our retinas, they just keep popping up from time to time.

Of course, we all know that the former First Lady’s lady bits can already be found in less than a handful of clicks on the world wide web. However, the most recent of past Melania shoots to resurface is one we here at Political Tribune have never seen before and one that I’d be willing to bet Donald wasn’t all that thrilled about.

Back in 2002, when Melania Knauss and Donald Trump were an on again off again thing and the Slovenian-born immigrant was still struggling to bring home the bacon as a model, the future First Lady was hired by New York Magazine to appear on the front cover of their Valentine’s Day edition, “Singles” — in which, Donald Trump’s sometimes-girlfriend can be seen sharing a steamy, passionate kiss with a firefighter.

Allegedly, the photographer, Firooz Zahedi, drew his inspiration from the infamous Alfred Eisenstaedt photograph depicting a sailor who snatched up a nurse and planted a kiss on her in the middle of Times Square on V-J Day. Reports indicate that Zahedi meant to honor first responders involved in the 9/11 attack with the magazine cover.

Now, honestly, this isn’t the worst gig Melania Knauss (Now Trump) has ever taken part in. Far from it, actually. In all reality, I’d say it’s a pretty standard magazine cover, especially for a holiday devoted to love. And a lady’s gotta work, right?

So what’s the problem here, you may be asking?

The problem is, conservative nutcases lost their whole ass minds a handful of years ago because Michelle Obama dared to expose her arms. HER. ARMS.

But here we are, spending the last four years under the reign of Donald Trump, and we’ve seen a hell of a lot more of this former First Lady than her biceps. I mean, the woman’s “kidneys” were on display regularly even while she was living it up in the White House.

I don’t have an issue with Melania smooching a bro-dude on the cover of a magazine. But I would like to know where that conservative outrage ran off to. Anyone? Anyone at all?