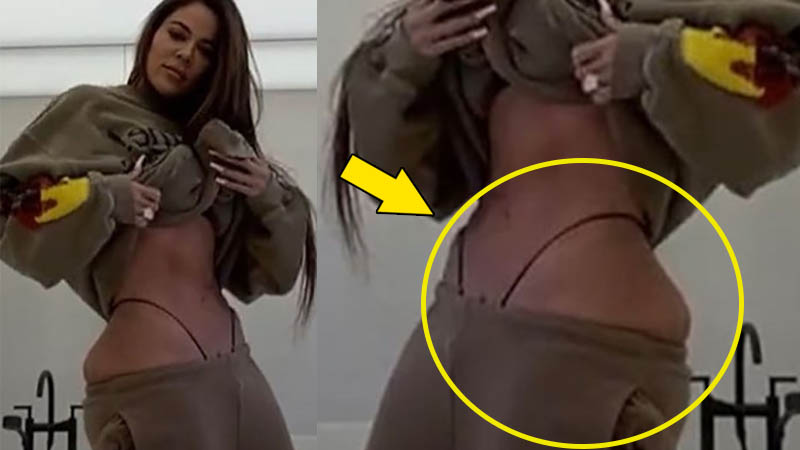 Khloe Kardashian has broken her silence about her unedited bikini photo going viral this week with topless videos showing her toned figure.

The TV star and social media influencer covered up her chest with her arm as she filmed the mirror selfie video in the bathroom of her Calabasas mansion and also wrote an emotional message in which she calls the social media response “unbearable.”

“In truth, the pressure, constant ridicule and judgment my entire life to be perfect and to meet other’s standards of how I should look has been too much to bear,” she wrote.

The reality star then went on to quote several harsh comments she has received over the years: “Khloe’s the fat sister. Khloe’s the ugly sister. Her dad must not be her real dad because she looks so different. The only way she could have lost weight must have been from surgery. Should I go on?”

Just as quickly as the photo was removed, screenshots began to proliferate across social media, however, the Kardashian’s PR team appeared to be working behind the scenes to get it removed.

“This is an example of how I have been conditioned to feel, that I am not beautiful just being me,” she wrote. As such, the reality star also mentioned that she will continued to “unapologetically” choose how she shares her body and her image. “It’s not for anyone to decide or judge what is acceptable or not anymore.”

The Kardashians were threatening legal action after the photo was posted “by mistake” on Instagram over the weekend. Even some Twitter accounts that shared the image were suspended, facing legal threats if the photo was not removed.