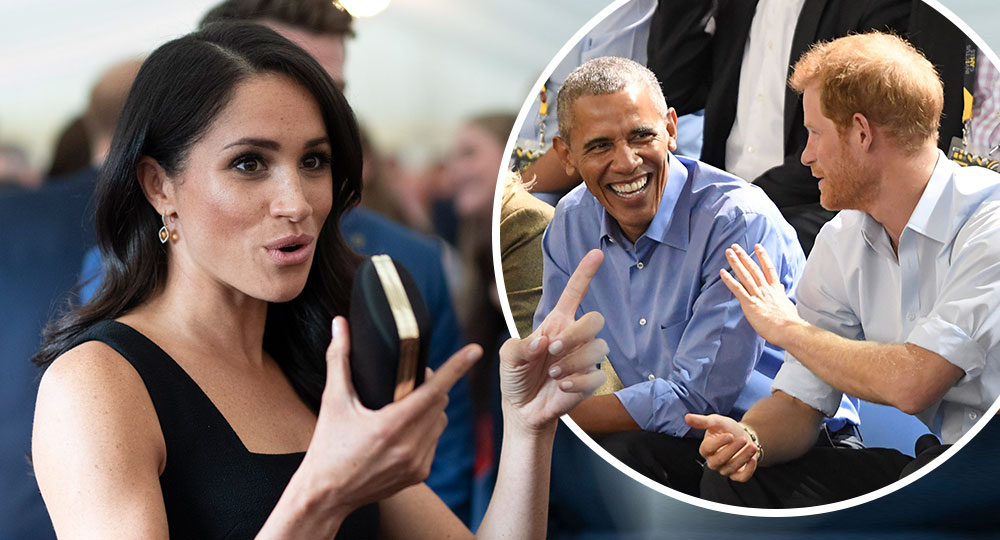 When Joe Biden became President-elect of the United States last week, Meghan, Duchess of Sussex, couldn’t have been happier.

Not only have close sources told New Idea she voted for him with Prince Harry by her side, but an insider says she sees the Biden family as her fast-track into American politics – which, adds the source, has been on her agenda ever since she interned in Buenos Aires at the US embassy as a teen.

Last week it was revealed that Prince Harry has a personal friendship with Joe, who turns 78 this week, and his teacher wife, Dr Jill Biden, 69.

Our source tells us exclusively that Meghan wasted no time in extending their personal congratulations on behalf of her and her husband – and a private invitation to dinner at their $20 million mansion in Montecito, California.

“Meghan thought all her Christmases had come at once when Harry’s old pal was chosen to be president,” says a source.

“Joe’s values align with many of hers and she’d love a place in his inner circle advising on women’s issues and social media.

Of course, it doesn’t hurt her own political aspirations to get a foot in the door with Jill and Joe. She’s aware that people think she’s too inexperienced to be taken seriously for a run at president, so having a direct line to the president will give her that clout.”

Harry, 36, became close with the Bidens through former US President Barack Obama, when the prince toured the country in 2013, and their friendship grew over the years due to their mutual work with wounded soldiers.

Sources say he “gets on like a house on fire” with Jill, who finds him “adorable”.

“Harry enjoys Joe’s company and given his royal ties, it’s always stayed as a friendship. But now that Meghan is in his life and he is no longer officially part of the royal family, the friendship takes on a new dimension,” reveals a source.

“Growing up, Meghan always wanted to be president. For Meghan, marrying someone with such impeccable contacts in politics was always a prize.

She thought that getting together with Harry would mean excellent in-roads with the Obamas, but now he’s gone one step above her wildest dreams and is mates with the actual [soon-to-be] sitting President,” adds the source.

New Idea also understands that Meghan is all too excited to be introduced to Vice President-elect Kamala Harris and thinks they will work well together.

But before she starts picturing herself in the Oval Office, Meghan, 39, is putting up her best “hostess with the mostest” show.

“Meghan plans to have the Bidens over next year after his inauguration in January.”

If news of this potential dinner reaches ears inside the palace, there will be “hell to pay” for Harry.

“Meghan’s making official plays for the West Wing – it’s going to be the biggest scandal in royal history,” the source says.