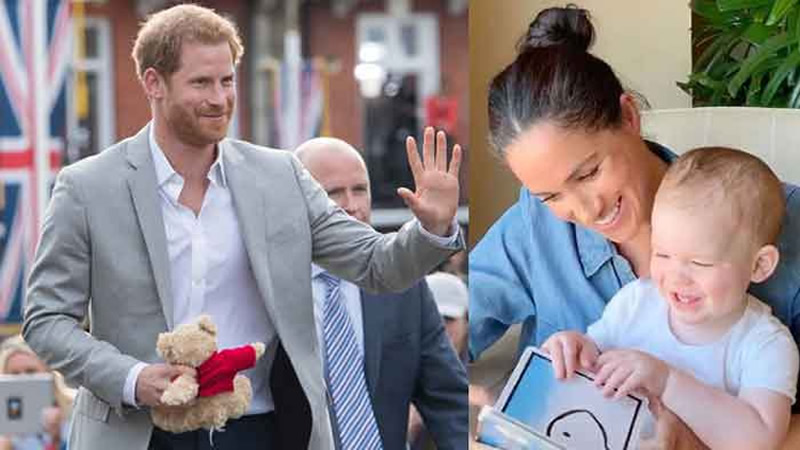 According to a copy of Lili’s birth certificate obtained by People Tuesday, Prince Harry and Markle’s second child was born on June 4 at 11:40 a.m. in the Santa Barbara Cottage Hospital, which is near the Duke and Duchess of Sussex’s mansion in Montecito, California.

Read Also: Meghan pissed off Harry’s family from the start

Prince Harry’s first name was listed as “The Duke of Sussex” in his daughter’s certificate, with “His Royal Highness” as his last name. Meanwhile, Markle skipped her royal titles and used her full name, Rachel Meghan Markle.

In Archie’s birth certificate, which was revealed days after his May 2019 birth, Prince Harry’s name was listed as “His Royal Highness Henry Charles Albert David Duke of Sussex.” Markle’s name appeared as “Rachel Meghan Her Royal Highness The Duchess of Sussex.”

Prince Harry and Markle’s occupations on Archie’s certificate were listed as “Prince” and “Princess of the United Kingdom,” though the former actress does not have a princess title. Baby Lili’s California birth certificate, on the other hand, does not require the parents’ occupations.

Prince Harry and Markle kept their His/Her Highness titles after stepping back as working royals last year, but they no longer use them — as part of their agreement with Queen Elizabeth, People noted. While they are still the Duke and Duchess of Sussex, the two have been referring to themselves as “Harry and Meghan” since quitting royal duties.

After welcoming their second child, the couple shared a snap of baby Lili on the royal family’s WhatsApp group, where they stay in touch with the other members of the royal family, Entertainment Tonight reported last month.

5 Tips To Save Your Marriage