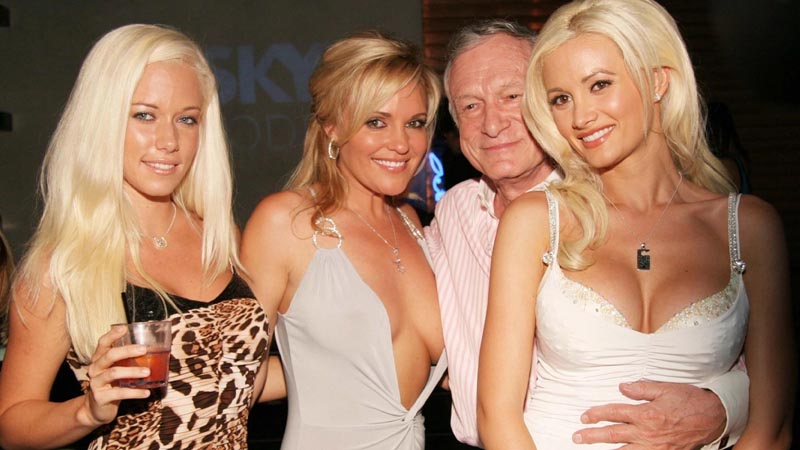 In a new podcast interview, Girls Next Door stars Holly Madison and Bridget Marquardt reunited to discuss their friendships in and out of the Playboy Mansion.

Maintaining friendships in public is more challenging than it seems to be.

Many people would agree that Holly Madison, Kendra Wilkinson, and Bridget Marquardt had an unforgettable time on Girls Next Door. The models documented their lives inside the Playboy Mansion and their relationship with the late Hugh Hefner in the reality show, which aired from 2005 to 2010.

However, after the show ended in August 2010, the friendships were no longer as strong as they once were.

“When we were leaving, I loved Kendra,” Holly shared on the Aug. 16 podcast episode of Juicy Scoop With Heather McDonald. “We had our sibling rivalry while we were there, but I thought that after she was with Hank [Baskett], she just seemed like so much more mature and so happy and I feel like all three of us were so happy for each other and the direction our lives were going.”

Holly and Bridget even went to Kendra’s wedding to Hank in 2009. (The couple divorced in 2018 after having son Hank Jr., 12, and daughter Alijah, 8.) However, Holly claims that her relationship with Kendra began to change when they both landed separate shows.

“I was doing my spin-off, she was doing her spin-off,” she explained. “I go into more detail about her in my book, but things got weird with me and Kendra.”

According to Holly, a producer wanted the pair to have drama and fight in hopes of creating more publicity for each of their shows. Holly said she didn’t sign up for that. “I don’t want any part of that bulls–t,” she said. “By the time I wrote [my book Down the Rabbit Hole], I was mad at [the producer]. I was mad at Kendra.”

Holly confirmed she is not in a relationship with Kendra during a podcast interview in 2021.

For Bridget, she has a different experience with Kendra sharing, “My whole experience looking back on it is like 95, 98 percent positive. I don’t have ill feelings for Kendra or anybody.”

Moreover, the cast of Girls Next Door has moved on from their time in the Playboy mansion. Bridget has been engaged to Nick Carpenter since 2015, and they are currently planning a wedding.

Demi Lovato comes out as pansexual, opens up about starting a family