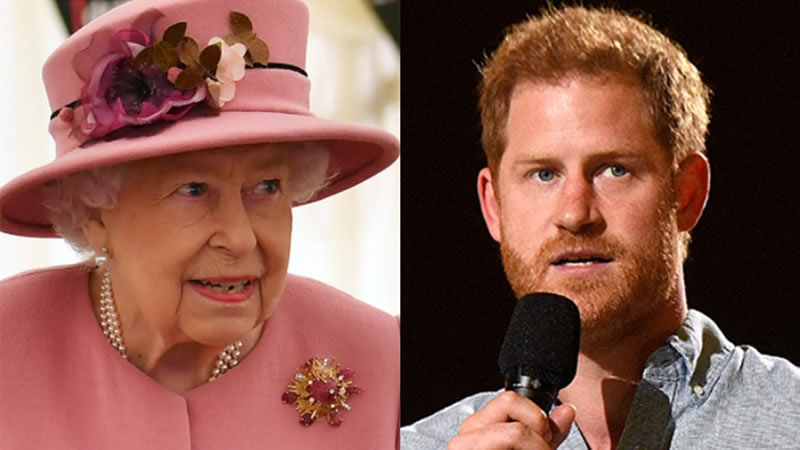 The Queen reportedly approved Prince Harry’s new TV series about mental health – because she was completely unaware he would slam the royal family in it..

Her Majesty and Prince Charles are said to be “absolutely gobsmacked” by Harry’s “personal attack” on his relatives in the bombshell Apple TV+ docuseries The Me You Can’t See.

And the Duke of Sussex’s continued public criticism of The Firm has left his relationship with the royals “hanging by a thread”.

In the explosive first episode last week, Harry, 36, accused his family of showing “total neglect” for his wellbeing and “bullying him into silence,” while revealing his dad Charles allowed him to “suffer” following the death of his mum Princess Diana in 1997.

He also claimed the monarchy and the media tried to “smear” his wife Meghan Markle.

The monarch sanctioned the show in 2018 because she thought it was about the mental health of military veterans, according to the Mail.

They reportedly feel the way Harry pitched the show was “clearly misleading,” allegedly thinking it would focus on the mental health struggles of soldiers returning to civilian life.

He is even rumoured to have also discussed the show’s concept with Meghan’s dad Thomas before she cut ties with her estranged parent.

The royal family are understood to see the interview with US chat show host Oprah Winfrey as a “personal attack on his father and the institution” and would never have given it their blessing if they knew they would be blasted in it.

“Those around the Queen and Prince Charles are absolutely gobsmacked by what has happened,” a royal insider told DailyMail.com.

“It is a question of trust, and honestly any of that is hanging by a thread at the moment.

“No one within the Palace circles has anything but sympathy for Harry’s trauma and troubled life, but there is upset and discomfort at him sharing it on an international television show.

“Certainly the intimate detail of his hardships paint a very negative picture of his family and upbringing. Many people have a different view.”

The source also claimed the show’s true purpose was “pushed to the side” when he spoke with the Queen about it, in what they believe was an “attack on his father and childhood.”

“It has sent seismic tremors out everywhere. Harry has the freedom to speak up for his truth, sure. But there has always been an understanding of accountability,” the insider said.

Back in 2019, Harry revealed the five-part TV series, co-produced by Winfrey, would concentrate on psychological struggles and trauma faced in today’s society.

“I truly believe that good mental health – mental fitness – is the key to powerful leadership, productive communities and a purpose-driven self,” he said.