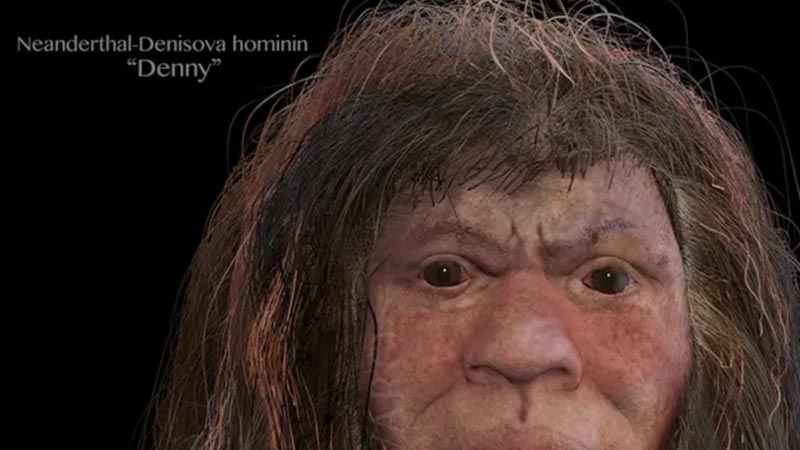 An ancient child from Siberia is believed to be the only know individual whose parents were from two different species. The deduction was made possible by the 2010 finding of tiny fragments of bone and teeth from a Denisovan who lived in the Lower and Middle Palaeolithic eras.

While we know a lot about Neanderthals, there isn’t much information about Denisovans.

More than a decade ago, the bones were discovered in the Denisova Cave in Siberia’s the Altai Mountains. But it wasn’t until later that scientists were able to use the fossil pieces to find some answers.

Due to technological limitations, little research on the remains was conducted for more than ten years. That changed with the start of a new project named ‘Finder,’ which aimed to shed light on the link between Neanderthals, Homo sapiens, and Denisovans.

The Denisovans, also known as Denisova hominins, were an extinct species or subspecies of archaic humans who lived in Asia during the Lower and Middle Paleolithic eras. Only a few physical remains and DNA evidence have been found.

The team began studying the fragments recovered in 2010 and soon concluded that almost all of the bones had been chewed by animals, rendering them unidentifiable.

Katerina Douka of the Max Planck Institute in Jena, along with Tom Higham, deputy director of Oxford University’s Radiocarbon Accelerator Unit and an adviser to Finder, used a new technology called Zooarchaeology by mass spectrometry to decide that every mammal group has or has had a distinct form of collagen.

As the research progressed, scientists found that one of the thousands of bones examined belonged to a human species.

Further examination at Leipzig’s Max Planck Institute for Evolutionary Anthropology indicated that the bone belonged to a person aged 13 or older at the time of death.

The Max Planck Institute team recently found that half of the sample contained Neanderthal DNA and the other half Denisovan DNA, making the individual the only known being to have parents from two separate species.

After verifying their ground-breaking finding, the scientists found that Siberia remains to belong to a hybrid daughter of a Neanderthal mother and a Denisovan father.

They nicknamed her ‘Denny.’

The research was published in the journal Nature.