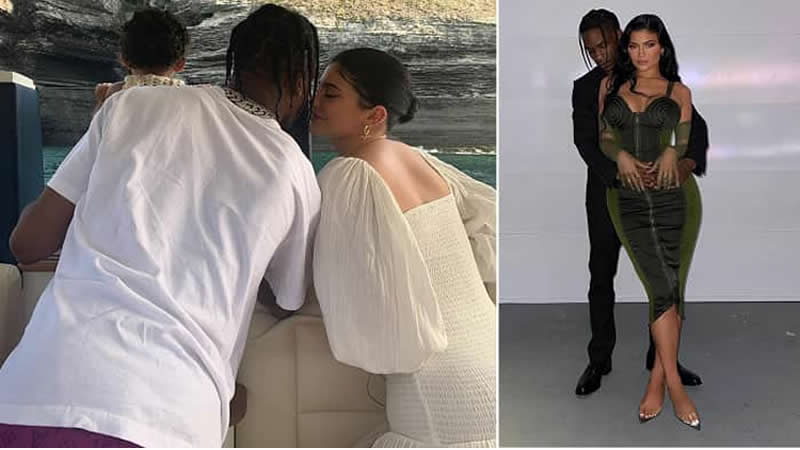 Kylie Jenner celebrated the rapper, 29, on Sunday, commending him while sharing a sweet snapshot of the pair with their 3-year-old daughter Stormi.

“happy father’s day @travisscott,” she wrote alongside a snap that showed Scott holding their daughter in his arms as he and Jenner, 23, leaned into one another.

“One day isn’t enough to honor the dad you are. we are so blessed to have you,” she added.

The family of three had a night out earlier this week when they attended the 72nd annual Parsons Benefit hosted by The New School in New York City together Tuesday. Scott was honored alongside a handful of creatives at the event.

Inside the event, an onlooker told PEOPLE that Jenner and Scott were open with their affection toward one another. “Travis and Kylie were being very sweet and cute together,” the source said. “They were holding hands and seemed fully back on.”

At one point, Scott pulled Stormi onto his lap in a sweet father-daughter moment, according to the insider.

Scott also showed some love for Jenner during his acceptance speech, saying, “Wifey, I love you so much,” according to the insider. (Scott has used the endearing term on many previous occasions to describe the Keeping Up with the Kardashians star.)

Jenner and Scott split in October 2019 after two years of dating, but have remained friendly and often spend time together as they co-parent their baby girl.

“We have such a great relationship,” Jenner said of the rapper in a March 2020 cover story with Harper’s Bazaar. “We’re like best friends. We both love Stormi and want what’s best for her. … We stay connected and coordinated. I think about [my parents] in situations with Stormi, what they would do. They were very hands-on with me, and I want the same for Stormi.”

A source told people in May that Jenner is “very happy” with Scott.

“They are not putting any pressure on their relationship. They get along and things are great. They both want to be as present as possible for Stormi. Kylie and Travis have worked hard to create a great family situation,” the insider said at the time. “They love each other. Everyone is very proud of how mature they are. Stormi is the happiest little girl. It’s all benefitting her.”