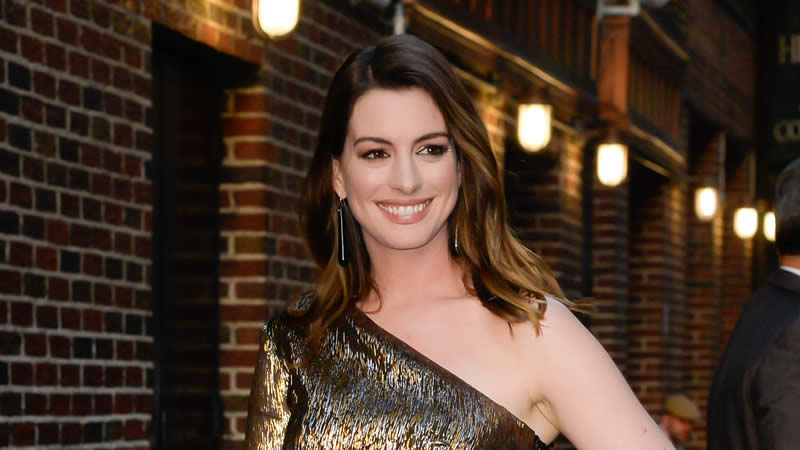 Fans were shocked to see Anne Hathaway’s new look. The actress has been known to adapt her look to fit a new role, but her latest beauty change was quite the departure from her usual appearance.

Hathaway was spotted sporting a short, blonde haircut while filming a new show, WeCrashed, in New York City last weekend. But the hairdo wasn’t the only surprising aspect of the actress’s look.

Hathaway was covered in fake blood and realistic-looking cuts and gashes all over her face. We know that the look was fake for a movie, but she looked quite frightening.

WeCrashed is a new drama mini-series that will release on Apple TV+ later this year. It tells the true story of WeWork, recounting the “The greed-filled rise and inevitable fall of WeWork… and the narcissists whose chaotic love made it all possible,” according to the show’s IMDb page.

We don’t know the context of the scene Hathaway was filming when she was seen with fake blood all over her face, but we do know that the fake cuts and gashes were caused by a car accident.

Hathaway and Leto have been spotted filming WeCrash in New York several times over the past few weeks. Once, the actors were even seen locking lips!

Hathaway is also an executive producer on WeCrash, with John Requa and Glenn Ficarra of Crazy Stupid Love directing. The show does not have a definitive release date yet.