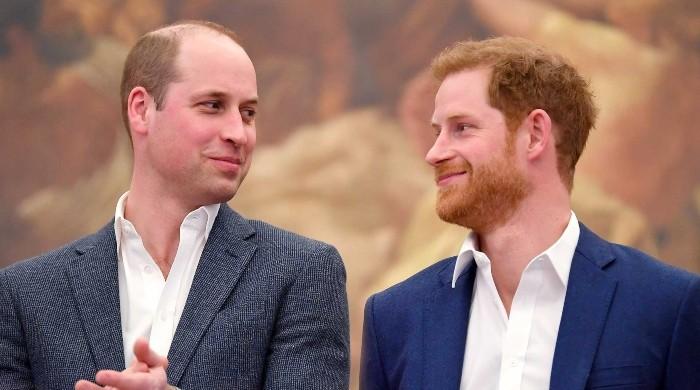 Prince Harry and Prince William’s reunion buzz is the talk of town as many royal fans are counting down days till they get to see the two together.

And while there are rumours rife about the brothers calling off their rift, some claim that it might not be as simple as things behind-the-scenes appear to be quite different.

Royal commentator Phil Dampier said the Duke of Cambridge and the Duke of Sussex will “put on a united front” for the occasion of Queen Elizabeth II’s birthday parade but “behind the scenes I think there’s going to be a lot of tension.”

Speaking to The Sun, Dampier said: “From what I am told, the rift is not a lot better at the moment – they are not talking a lot.”

Dampier’s statement comes not long after royal expert Katie Nicholl said the brothers were working to heal their strained ties.

Nicholl opened up to Entertainment Tonight about the royal rift between the Duke of Cambridge and the Duke of Sussex.

“There were phone and video calls over the Christmas and New Year holiday and the Sussexes sent presents to the Cambridges and vice versa,” she said.

“It was an opportunity in an otherwise very busy and chaotic year for both of the families to come together and connect, albeit virtually,” she added.

“Things are a lot better between William and Harry. If you go back a year at that stage, these brothers were barely on talking terms,” she went on to say.

“When William went to the Sandringham Summit, he was so angry with his brother. He couldn’t even face going to that lunch with the Queen. He only went for the meetings, such was his frustration and feeling of disappointment about what his brother had done and how Harry was handling the situation,” she said.

“Fast forward to today, the relationship is much better than it was. For a start, they are on talking terms, and not only on talking terms, they do speak relatively regularly. They were very much in touch over the holidays. But there is an ocean between them, there is a time difference and as Harry [has] said… they are two brothers on different paths.”

“The much-awaited statue tribute to Princess Diana will be unveiled in Kensington Palace gardens on what would have been her 60th birthday.”

“And it is Harry’s intention, and Meghan’s also, to be here in the U.K. for that opening. It may possibly be the first time we see the brothers together, but I think that we will probably see them together in the spring around the Queen and Duke of Edinburgh’s birthday celebrations. COVID travel plans permitting,” she added.