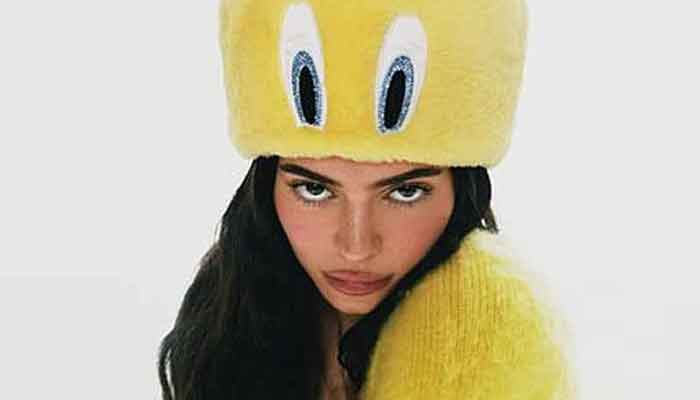 Kylie Jenner stunned fans as she showed off her killer curves in sizzling outfits during a steamy fashion shoot for a magazine.

The ‘Keeping Up With The Kardashians’ star captured hearts as she showcased her incredible physique in yellow bodysuit then straddled a motorbike with her chiseled abs on display.

The 23-year-old beauty mogul simply went wild in styling session for a new 100-page magazine that is dedicated entirely to herself, and is also said to include never-before-seen childhood snaps of the reality TV star.

The mother of three-year-old Stormi Webster, in the new cover image for the special edition of tmrw magazine, is seen posing in a Tweety Bird-inspired yellow faux fur bodysuit.

In one of he photos shared by the billionaire makeup mogul to her 233 million followers, she rocked a Tweety Bird hat.

In the interview, the KUTWK talks about how she would struggle to explain to alien life what she actually does for a living.

‘I don’t think an alien would really understand what I do’, Kylie laughed when asked about meeting an extraterrestrial. ‘I don’t know how you’d begin to describe what social media is.’

Kylie Jenner, while talking about being a role model to young fans, added: ‘I’m fully aware of the influence that I have, I try to be a good role model but I mostly just try to be myself.’

Michelle Pfeiffer – The Lady of Style and Elegance