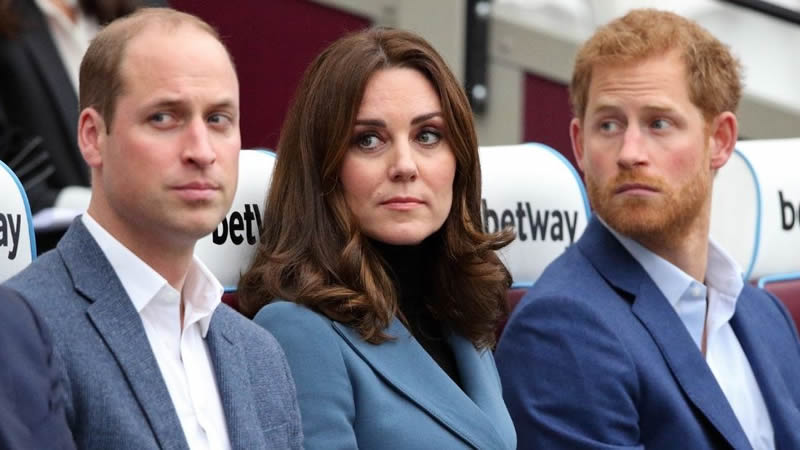 When Meghan, Duchess of Sussex found out that her husband, Prince Harry, would be meeting with the Queen when he was in England earlier this month, she gave him a special job to do – secure the royal christening gown.

Having just given birth to their first daughter, Lilibet Diana, Meghan, 39, felt that wearing the lace Honiton gown – a replica of the outfit Queen Victoria commissioned for her firstborn daughter in 1841 – was Lili’s birthright, despite her parents turning their backs on royal life.

Needless to say, Meghan saw red when Harry, 36, returned to Montecito without the prized family heirloom!

“The Queen loans it to royal babies being christened in England,” explains a royal insider. “There was no way she would let such a priceless item be whisked off to America with Harry – or post it there!”

According to the source, the Queen felt it “rather cheeky” that the Sussexes requested the gown.

She reportedly explained to Harry that her granddaughters, Zara Tindall and Princess Eugenie, had also already asked to borrow it for the christenings of their newborn sons, Lucas and August.

While Meghan reluctantly accepted the decision, she’s now said to be planning a totally private christening for Lili.

And it won’t have any of the royal pomp and ceremony she felt forced to include when she and Harry christened their son, Archie, now 2, back in 2019..

Indeed, Archie was christened by the Archbishop of Canterbury in the private chapel at Windsor Castle, with water from the River Jordan.

However, this time around, Meghan, says the source, might opt for a Catholic service at a church linked to her LA high school, Immaculate Heart.

If the source is correct, it will be received as the ultimate insult to the palace, given Lili’s namesake and great-grandmother is the head of the Church of England.

“Meghan wants the ceremony to be super small, and will only include a handful of celebrity friends, along with her mum, Doria,” tells the source.

“The royal family won’t be invited – she won’t even let them watch on a Zoom call, probably out of pure spite that they wouldn’t let her have the gown!”

Making matters worse, the rumours about Lilibet’s secret christening have gotten back to the palace – and the one who’s most upset is the Duchess of Cambridge.

“Kate’s been trying so hard to mend fences between William and Harry, if only for Archie, Lili and the Cambridge kids’ sakes.

Now she’s been blacklisted from one of the most formative family events in a child’s life,” says the source. “She’s devastated.”