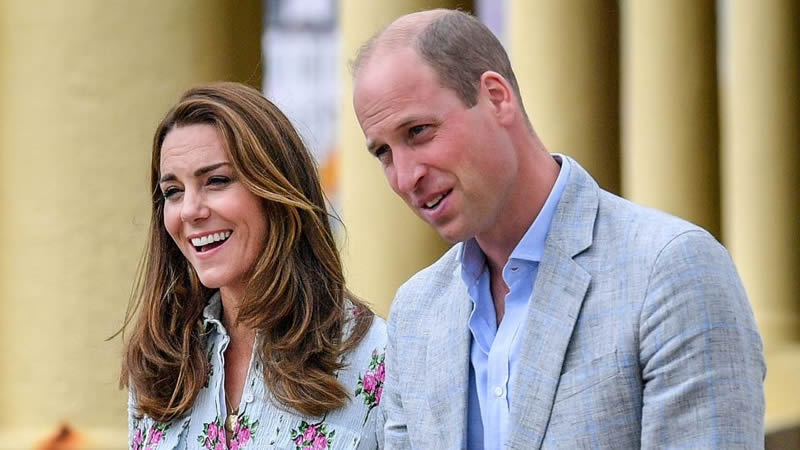 The Duke and Duchess of Cambridge have returned to the University of St Andrews, where they first met and fell in love despite their less-than-smooth first encounter.

Prince William and wife Kate Middleton have returned to the place where their love story first began – despite their awkward first encounter.

The Duke and Duchess of Cambridge have been spending the week in Scotland on a royal tour meeting charities and organisations working on issues such as the environment, mental health, homelessness, and addiction.

On Wednesday, May 26, they returned to St Andrews University – where they first met and fell in love.Their meeting in 2002, both fresh from gap years, wasn’t love at first sight.

Some reports claim Kate awkwardly curtsied in the first-year dormitories when they met.She later admitted: “I actually think I went bright red when I met you and sort of scuttled off, feeling very shy.”

The couple sealed their return to their former university town by enjoying a quiet romantic meal.

William and Kate stayed overnight in St Andrews before a day of royal events – 20 years after the couple first met there when students.

In the early days of dating, they were known to enjoy the fare at Pizza Express but on Tuesday night they ventured to a fashionable spot, Forgan’s, a contemporary restaurant with a Scottish twist.

The couple asked for a private seating area at the back of the eatery that has welcomed famous golfing celebrities such as Rory McIlroy.

“There was a crowd outside once they left but as far as inside goes it was quiet,” said manager Marc, who declined to give his last name.

The manager, who was off duty when the couple arrived, was called by staff at home, and said: “Word certainly reached me we had guests come in.”

He believed his restaurant was recommended to Kate by a society she was a member of when a student at St Andrews.

In their first year in 2001, William and Kate lived a few doors apart at St Salvator’s hall of residence and became friendly, socialising together and playing tennis.

She captured his attention when the prince forked out £200 for a front-row seat at a charity student fashion show where Kate strode confidently down the catwalk in a see-through lace dress that revealed her black underwear.

Kate, who is five months older than William, is also credited with persuading him to continue his studies when he considered quitting in his first year.

After living in halls of residence during their first year, they later house-shared with other students and it is rumoured the future king and queen became an item around Christmas 2003.

They began sharing a four-bedroom Edwardian townhouse in Fife at the start of their second year and at the time, William’s future wife was dating fellow student Rupert Finch.

The first confirmation that the flatmates were romantically linked came when they were pictured on the slopes of the posh Swiss ski resort Klosters in March 2004.

William and Kate began their day in St Andrews racing each other in land yachts on the town’s West Sands beach. They were joined by six teenage carers trying the activity as part of respite from their duties looking after family members.

The Cambridges quickly got the hang of the sail-powered buggies but it was William who proved the winner in their head-to-head match across the rain and wind-lashed beach.

Their session was arranged by the organisation Fife Young Carers which has operated since 1995 and now supports 597 young people, with the figure rising monthly.

During their visit to St Andrew’s, the couple met undergraduates benefitting from the Students’ Association and universities Can Do project, which has facilitated hundreds of Covid-safe events since last autumn.

According To A Report, Melania’s Biographers Said That She’s Still Married To Trump Because There Is “More In It For Her To Stay Than To Go”