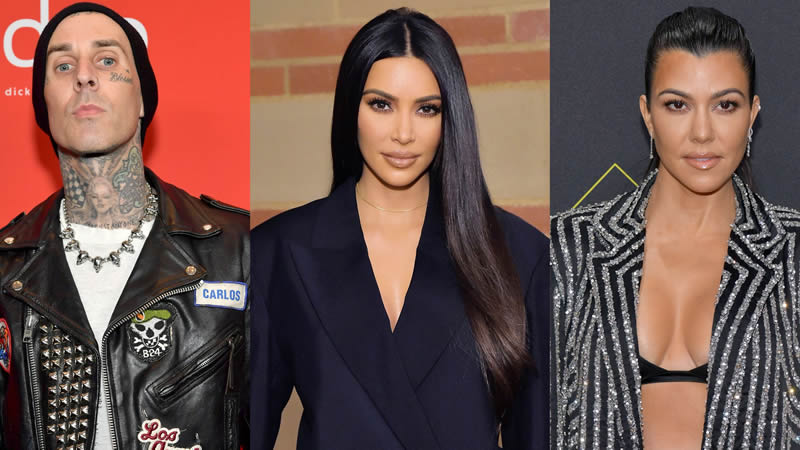 Kim Kardashian has slammed the rumours about her relations with her sister Kourtney Kardashian’s boyfriend Travis Barker.

The reality TV star was conducting a Q&A session for her fans on her Instagram stories on Wednesday, when a user asked her, “Did you hook up with Travis Barker?” In response, Kim clarified that she has been friends with the drummer for a long time but they have never been anything more than that.

“NO! False narrative! We’ve been friends for years and I’m so happy for him and Kourt,” the 40-year-old wrote.

Also Read: Kim Kardashian mocked for claiming she ‘found Kourtney’ when they are sisters

The Blink-182 drummer has been friends with the Kardashian family for several years, as they all live in Calabasas.

He and Kourtney confirmed their relationship over Valentine’s Day weekend, and have since filled their social media accounts with adorable posts for each other. Kourtney even tattooed “I Love You” on Barker’s arm, while he already had her first name inked above his left nipple.

“Kourtney still seems very happy with Travis. He is very into her. He constantly gives her compliments and attention. You can tell he is thrilled to be dating her. Kourtney is soaking it all up and enjoying life,” a source previously told People magazine of the couple’s romance, adding that Barker “often spoils” his new girlfriend.

Another insider told the outlet in January that the duo have spent time with each other’s families since they started dating, and even “their kids all get along too, which is sweet.”

“He’s liked her for a long time and she just got more open to the idea. He’s a good guy and a really great dad. Her family and friends all really like him,” the insider said about the love birds.

Another source said that Barker always had “stronger feelings” for Kourtney and had been pursuing her for a while before she got “more open to the idea.”

Jason Sudeikis Admits He’s Still Not Sure Why He, Ex-Fiancée Olivia Wilde Broke Up

Kim Kardashian says she’s in paradise: ‘This is more than life’