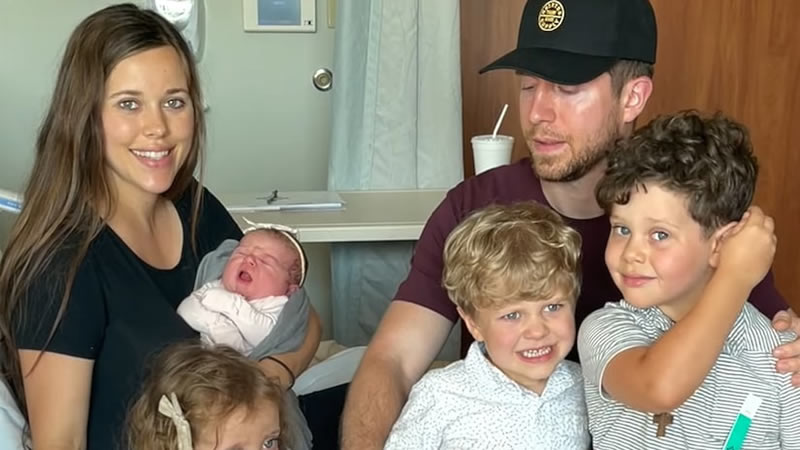 Jessa Duggar is giving an inside look into the moment that her three oldest children met their new sibling.

The “Counting On” alum, 28, posted a continuation to her birth story series on YouTube Wednesday. The 10-minute video featured the adorable moment when Jessa and her husband Ben Seewald’s children — Spurgeon, 5, Henry, 4, and Ivy, 2, — met their baby sister, Fern, for the first time.

The clip began with Spurgeon, Henry, and Ivy, who was being held by Ben, walking into the hospital room where Jessa was. The kids greeted their mom, who was sitting on the hospital bed, holding baby Fern, and presented her with gifts, including flowers, blueberries and balloons.

“Just for you!” Spurgeon said to Jessa, placing the bouquet of roses on the bed.

All three kids went in for a closer look. “This is the baby that was in my tummy,” Jessa said, to which Spurgeon sweetly replied, “Is she as big as a watermelon?”

The Seewald family all gathered together on the bed and 2-year-old Ivy got to hold baby Fern in her arms, with some help from her parents of course. In another heartwarming moment, Ivy gave her baby sister a soft kiss on her forehead.

The video then went into a funny montage of clips of the group attempting to get a good family photo. It took a couple of takes, but they eventually got the shot!

The clip continued with Spurgeon and Henry both getting to hold their newest sibling.

When Jessa and Ben arrived at home, their kids, especially Ivy, seemed happy to spend more time with their sister.

Watch part 3 of baby Seewald’s birth story in the clip, above.

Part one of Jessa’s birth story YouTube series followed Jess and Ben in the days before they went to the hospital, while the second video documented Jessa’s 14 hours of labor and Fern’s birth.