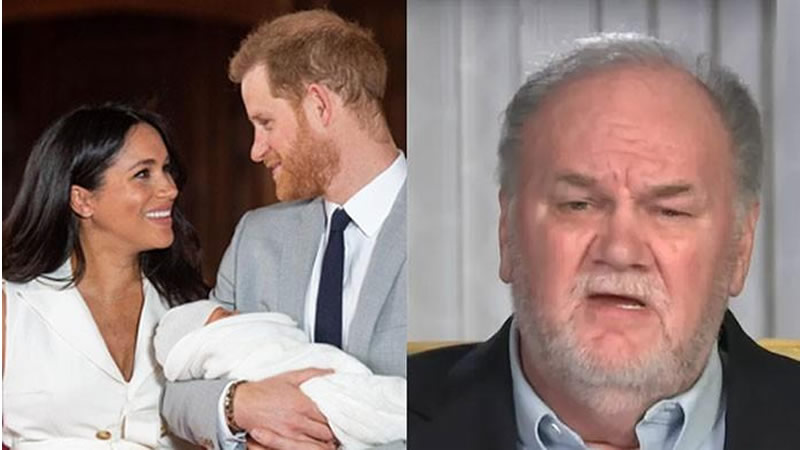 Thomas Markle, Meghan Markle’s father, has a question about Prince Harry’s memoir: ‘What More Is There To Tell?’

Meghan Markle’s father spoke openly about Prince Harry’s memoir and his aspirations to see his grandchildren.

On Wednesday, a photographer visited Thomas Markle Sr. at his house in Rosarito, Mexico. During their talk, Markle’s father appeared to cast doubt on her husband’s plans to publish a memoir, claiming that after his explosive interview and documentary, Prince Harry likely has nothing new to say in his book.

In an exclusive interview with Fox News, the 77-year-old former lighting director added, “Harry doesn’t have too much more to share.” “I don’t know what else to say after three meetings with psychiatrists and Oprah Winfrey.”

He also tapped his shoulders, as Prince Harry did in his Apple TV+ mental health docuseries “The Me You Can’t See,” during an EMDR therapy session. The procedure is used to treat anxiety and PTSD, according to the source.

The duchess’ father also revealed when Markle first informed him she wanted to be famous. During her earlier years, the father and daughter were so close that he invited her to the Emmys as his date.

“I believe this is the day, around the age of 12, when I was nominated for a national Emmy Award for the second time and asked Meghan to be my date,” he said.

“Once she was with me on the red carpet, and the flashes were going off and the lights were blazing, and the red carpet blinded you all over… Meghan turned to face me and added, “Daddy, one day I want to be famous like you.” ‘You are already famous to me,’ I remarked, turning to her, ‘and in life, family is all that really matters.”

Thomas went on to say that he wants to see Archie and Lili, and that he intends to take the case to court.

Thomas continued, “We shouldn’t be penalizing [Lili] for Meghan and Harry’s terrible behavior.” “Archie and Lili are two young girls. They have nothing to do with politics. They aren’t being used as pawns. They aren’t taking part in the game. They’re also royal, with the same rights as any other member of the royal family.”

When Fox News reached out to the Duke and Duchess of Sussex for comment, they declined.

After canceling his presence at her and Prince Harry’s royal wedding, Markle and her father are at odds. When she announced her book “The Bench,” which she described as a publication centered on, the duchess faced backlash online. Brief News from Washington Newsday.

Prince Harry returned to the US ‘depressed’ over Jubilee snub: Expert