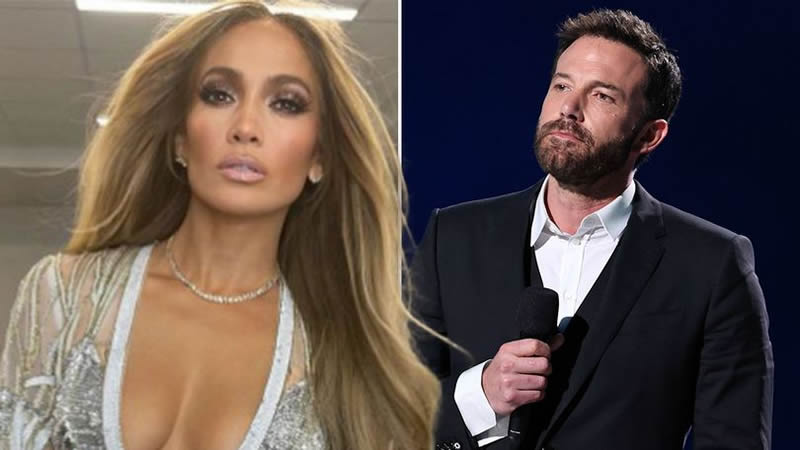 Jennifer Lopez recently dropped a new ad for her latest brand partnership campaign, and it features a major Easter egg about her relationship with Ben Affleck.

The ad is for Goli, a gummy vitamin, which the Grammy-winning singer calls one of her “best kept wellness secrets.” In the promo, Lopez is busy with business stuff, and she suddenly gets a call on her cell phone.

As the camera pans by the device, we can see that “Benny” is the one calling her. This is almost certainly a reference to Affleck.

Lopez and Affleck have rekindled their romance in the wake of her split from ex-fiance Alex Rodriguez. The two first dated in the early 2000s, after meeting on the set of the 2001 film Gigli.

Dubbed “Bennifer,” Lopex and Affleck’s relationship was the subject of countless headlines and heavy media scrutiny. They split in 2004, with Lopez later explaining that the constant press coverage was a big part of why Affleck wasn’t comfortable continuing their relationship.

After their split, Lopez went on to marry and have two children with singer Marc Anthony. They split in 2011 and Lopez began an on-off relationship with Casper Smart, her former backup dancer.

Affleck also tied the knot, marrying actress Jennifer Garner. The couple shares three daughters together. In 2018, Garner and Affleck split, with the Gone Girl star being romantically linked to a number of different women over the past few years.

Lopez began dating Rodriguez in 2017. The pair became engaged in 2019, but their nuptials were postponed twice. In April, the now-former couple announced they had split. “We have realized we are better as friends and look forward to remaining so,” read a joint statement they issued.

“We will continue to work together and support each other on our shared businesses and projects,” the statement continued. “We wish the best for each other and one another’s children.

Out of respect for them, the only other comment we have to say is thank you to everyone who has sent kind words and support.”

Following their split, an insider spoke with ET about what led to the split, indicating that the allegations of infidelity against Rodriguez were at least part of the cause.

The insider stated that Lopez “tried her hardest” to make things work, but it just “wasn’t making her happy anymore.” The “Waiting For Tonight” singer “knew it was time to let go,” the insider also said. “There were issues when it came to wedding plans and trust issues that she couldn’t get past.”