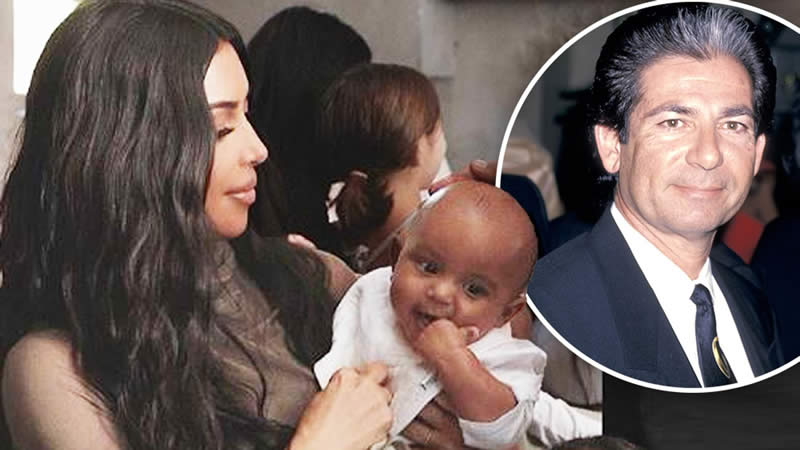 The “Keeping Up with the Kardashians” star shared the thought at the launch of her SKIMS line at Nordstroms in New York City detailing the coincidences that convinced her Psalm West embodies the spirit of Robert Kardashian Sr, reports aceshowbiz.com. Speaking to E! News on the matter, Kim first recalled her meeting with a blind psychic featured in a season 16 episode of her reality series.

“On our show, we showed that we were in Bali, and a woman — a blind medium — came up to me and said that I was gonna have another son and that it was gonna be my father reincarnated. No one knew. No one on my crew knew that I had a surrogate that was pregnant with a boy.”

“She brings him to a baby shower, and a woman comes up to her and said, ‘Is this your son?’ And she said, ‘No, no, no, I’m just watching him’… And she said, ‘Well, I just have to tell you, please tell their mom this is a family member of hers reincarnated’.”

“Multiple people that had no idea that was my nanny or anything have come up to my baby to say that he’s a family member reincarnated… So my whole family, all the time, thinks it’s my dad and is just so emotional and close to him.”Kim additionally noted that Psalm shares similar traits with her father, who died in September 2003 from esophageal cancer. “He’s left-handed, like my dad… So, all these things happen. I don’t even know if I believe in reincarnation, but I do now. But I want to believe it!”

The Best Dressed at the 2020 Bafta Awards