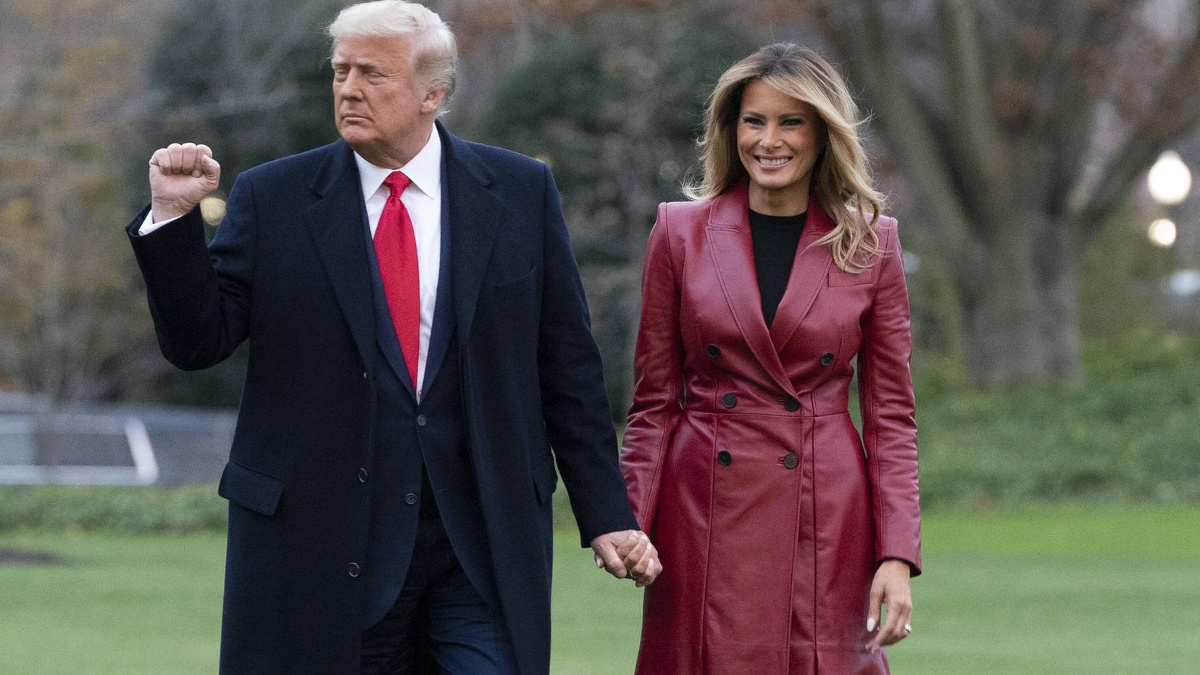 A passionate response came from First lady Melania Trump when asked if she’d still be with husband Donald if he wasn’t rich. On Monday her 51st birthday in 2005 From New York University student asked a question by a former model.

She seemed to doubt whether the billionaire ex-president would be inspired in her if she was ugly. On asking the question she replied: “If I weren’t beautiful, do you think he’d be with me?” the brutally honest public outburst against from the White House during Trump’s presidency, her husband was very much a calculated response, according to a former friend and aide.

All this explained in Stephanie Winston Wolkoff, whose tell-all book Melania and Me about her relationship with the former first lady last year drew heavy criticism demands the ex-first lady’s public persona has been meticulously crafted. “She is not an enigma. She is not mysterious,” she told People magazine.

“That’s why it’s so important – the perception people have of her. That iron curtain around her, that slapping of [her husband’s] hand, it’s all part of the game. It’s all part of keeping her mysterious.” According to Wolkoff, Melania doggedly ignored expert advice to forge her path.

“She had the scientific evidence-based research in her hands and her office took it, ripped it up, turned it into – I don’t know what the hell they turned it into,” Wolkoff narrated People.

“When she stood there in the Rose Garden speaking [about ‘Be Best’] and having people stand up of all the places that she visited. She could have been the voice about all these different programs as opposed to what it ends up being.”

Despite continuing to support her husband on topics such as immigration and the #MeToo movement, As the truth claim that Melania’s biographer Kate Bennett claims that, by the end of Trump’s presidency, his wife became “extremely detached”.