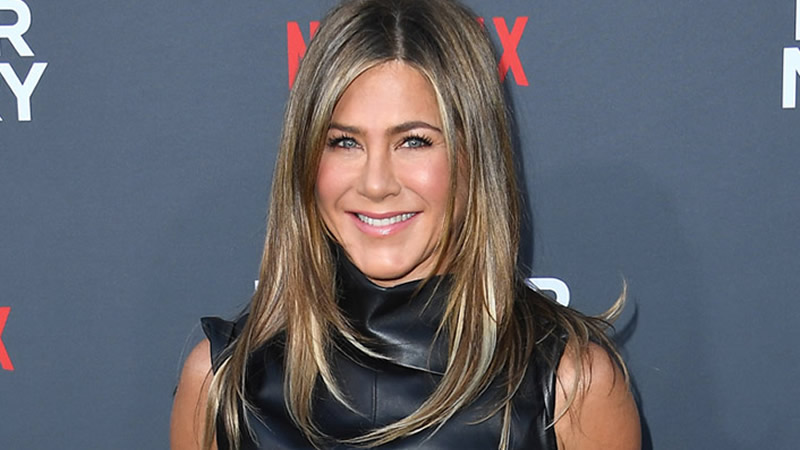 Although the cast of the new Mean Girls movie musical was just announced, it looks like Jennifer Aniston might be making a last-minute play for the part of Regina George. The Morning Show star held a “rather secretive” holiday party at her Bel-Air mansion over the weekend for a smattering of A-listers almost too famous to function, Page Six reports.

The guest list included Sandra Bullock, Gwyneth Paltrow, David Spade, Bradley Cooper, Jason Bateman, and Tobey Maguire, to name a few (I know that Tobey has played iconic roles like Spidey and Gatsby, but I will not giggle while recalling falling asleep for three-quarters of Tobey’s acting in the CRITICALLY ACCLAIMED Seabiscuit).

None of these people made the Forbes 30 Under 30 list this year, nor were they rubbing shoulders with the Selling Sunset cast at this year’s extremely irrelevant People’s Choice Awards. If this were a New York Magazine approval matrix, I might classify this party as high-brow-despicable—mainly because Jenn also invited Netflix CEO Ted Sarandos (toot noise) and IAC chairperson Barry Diller, who contributed to the party’s prestige while almost certainly ruining the vibe with stuffy jokes about decks and earnings.

Apparently, the “joke of the night” was that the soiree’s attendees—which additionally included Courteney Cox, Lisa Kudrow, Mark Duplass, and Jon Hamm—were calling themselves the “old guard of Hollywood.” The evening was also described to Page Six as an “old-school, fun party” with “non-thirsty” celebrities.

Pausing for a moment, because these quotes are fraught with disdain for youthful thirsty celebs. I wonder who they’re referring to. Perhaps Kim Kardashian and Pete Davidson? Definitely all the Kardashians and Jenners and everyone they’ve ever dated or married. I’m loving that Aniston and her pals have managed to brand parties full of hot youngins as notably not fun, but I must ask: What is it that y’all are doing that’s so unironically “old-school fun?” Poppers? Confetti cannons? A game of charades where you impersonate all the thirsty celebrities you despise?

Anyway, we’ll never know, because the event was obviously a no-cellphone party. Guests reportedly just “didn’t pull them out” for documentation. Obviously, Jen has earned the right to gatekeep her circle of famous friends as much as she wants—both from the sniveling public and the sniveling baby celebs. Good for her.