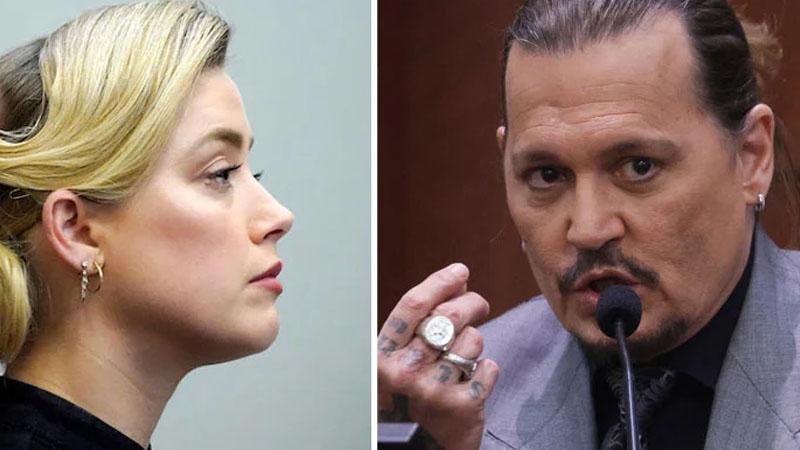 According to a recent study, the Johnny Depp defamation trial involved “one of the worst incidents of cyberbullying and cyberstalking by a group of Twitter accounts” against Amber Heard and her supporters.

In relation to an opinion post-Heard wrote for The Washington Post in 2018, in which she detailed domestic abuse and experienced “the full force of our culture’s wrath for women who speak out,” the ex-spouses made an appearance in court earlier this year.

Depp’s legal team stated that readers of the newspaper were likely to conclude he was the person in charge of the ordeal she alluded to despite the fact that Heard did not specifically name Depp, to whom she was married from 2015 to 2017.

A jury found Heard guilty of defaming Depp on all three charges last month and gave him $10 million (£8 million) in compensatory damages and $5 million (£4 million) in punitive damages.

Heard received a compensatory damages award of $2 million (£1.6 million), but no punitive damages.

Social media was flooded with jokes and memes about Depp and Heard during the trial, which was televised nationally. Heard claimed that she felt she was being unfairly criticized while they primarily supported Depp and attacked his ex-wife.

“Even if you think that I’m lying, you still couldn’t look me in the eye and tell me that you think on social media there’s been a fair representation,” she said in June.

On Monday (18 July), a report was released by Bot Sentinel, a non-partisan website that uses AI to track and fight disinformation and targeted harassment.

“We believe Twitter users should be able to engage in healthy online discourse without inauthentic accounts, toxic trolls, foreign countries, and organized groups manipulating the conversation,” their website reads.

One of the report’s key findings was that Heard’s supporters on Twitter were “attacked relentlessly” and frequently used “vulgar and threatening language.” It was found that 627 Twitter accounts “exclusively” tweeted about Heard and her followers.

Additionally, they found that 24% of the accounts utilizing these negative hashtags for Heard had been created in the previous seven months when they claim the norm is 8.6%.

“What we observed was one of the worst cases of cyberbullying and cyberstalking by a group of Twitter accounts that we’ve ever seen,” the report reads, suggesting that the platform did “very little to stop the abuse and targeted harassment”.

Bot Sentinel stated that although Heard’s team had got in touch with them in 2020 to look into her social media activities, this was unrelated to their research for the trial, which officially began last month.