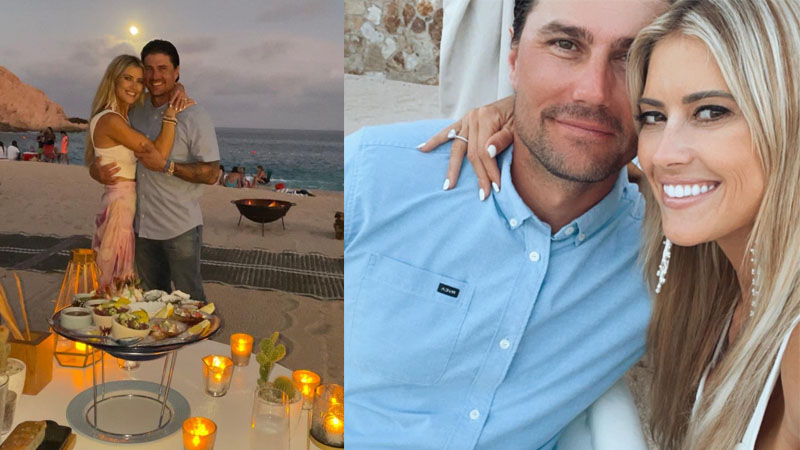 Christina Haack and Joshua Hall are officially engaged. The Flip or Flop star, 38, the star shared images of her and Hall celebrating on Instagram. As she posed with her realtor’s fiance, the dazzling diamond ring on her left hand was visible. She also changed her Instagram bio to reflect her engagement, putting his name with a ring emoji.

The engagement announcement comes after weeks of rumors that the couple was getting set to say “I do.” In pictures released by Page Six on Wednesday, September 15, the HGTV personality was seen wearing what seemed to be an engagement ring on her left hand, but she immediately deleted the photos from social media.

That wasn’t the first time Haack seemed to show her engagement ring before deleting the picture. In August, the Christina on the Coast actress posted a picture of herself and Hall with a ring on her left hand on Instagram.

However, she subsequently removed it and replaced it with a similar picture that did not include a bauble. Meanwhile, Haack will be getting married for the third time. From 2009 until 2018, the Flip Your Life author was married to her Flip or Flop co-host Tarek El Moussa, with whom she shares a daughter Taylor, 10, and a son Brayden, 6.

Haack married for the second time in December 2018, to Ant Anstead. Hudson, their 2-year-old son, was born in 2019. The couple announced their divorce in September 2020, and the formal paperwork was completed in June.

Meanwhile, it was reported that Ant Anstead is dating Renée Zellweger. The 51-year-old Oscar winner has spent a lot of time with Hudson, whose parents are reported to be adapting well to having shared custody.