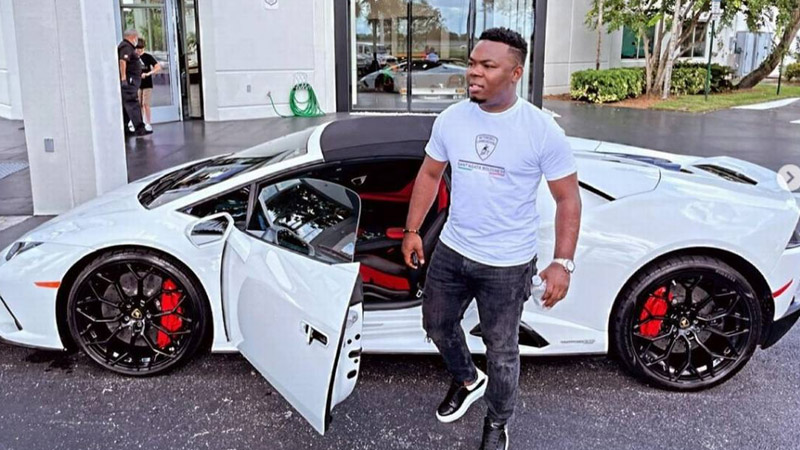 Valesky Barosy was living large in a Lamborghini owing to federal monies he was suspected of stealing from a COVID-19 aid program for failing businesses.

But, unlike hundreds of others charged with stealing millions from the government’s pandemic program, the 28-year-old Miami man chose to go to trial rather than accept a plea deal.

A federal jury found Barry guilty on nine charges of wire fraud, money laundering, and aggravated identity theft on Monday. He now faces up to 20 years in prison during his sentencing on Feb. 23 in Fort Lauderdale federal court before U.S. District Judge Rodney Smith.

Barry was not reluctant about showing his exploits while stealing the SBA’s Paycheck Protection Program, uploading social media photos of himself driving an expensive Lamborghini, and traveling on a private plane. He had over 110,000 followers on his Instagram account.

He marketed himself as an immigrant success story, claiming to have worked his way up from a primary position at Walmart to “regional vice president” of a credit repair firm with “$3.6 million in sales,” according to court filings.

However, federal officials claim that Barosy was cheating taxpayers by illegally collecting $2.1 million in PPP loans to buy classic Miami status symbols like a Lamborghini Huracán EVO, Rolex and Hublot watch, and expensive apparel from Louis Vuitton, Gucci, and Chanel.

Congress created the Paycheck Protection Program in 2020 to assist businesses that had been ravaged by the fast spread of the coronavirus. The program offered loan forgiveness if borrowers met the Small Business Administration’s standards.

According to the US Attorney’s Office, South Florida has led the financial crime tsunami following the enactment of the CARES Act as the nation’s No. 1 fraud capital.

In South Florida, this has included a businessman using PPP funds to buy a $318,000 Lamborghini, a nurse accused of lying about his business in order to receive $474,000, which was used in part to pay a Mercedes-Benz lease and child support, and a North Miami suburban couple who claimed to be farmers in order to qualify for $1 million in relief benefits.

Around the same time that Barry was arrested, two Florida men pled guilty to helping in the arrangement of over $35 million in PPP loans. Former NFL player Joshua Bellamy was also convicted as part of the ring and sentenced to more than three years in prison for wire fraud conspiracy.

According to the indictment, Barosy was the president of VBarosySolutions Inc. or VBS.

According to the indictment, for different loans, Barony faked prior-year expenses, net profit, and payroll, and submitted false IRS tax forms to secure the funds, which were then used to buy the Lambo, watches, and clothing.

On Instagram, he frequently posed with the white Lamborghini, selling himself as an inspiring mentor. “It’s not the Lamborghini or the million dollar home that will inspire the world but the trials and tribulations you overcame,” he wrote in one post.