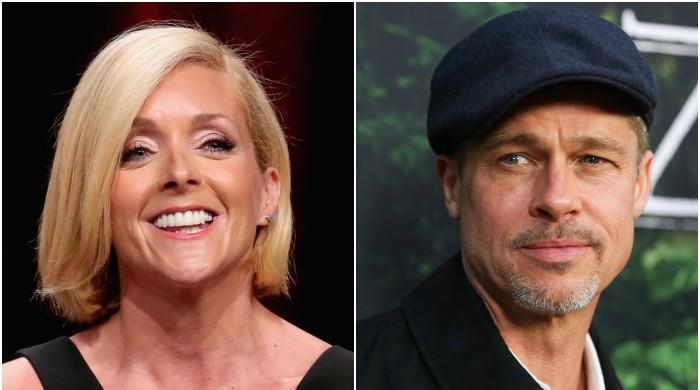 Jane Krakowski who is a well-renowned American singer has just uncomplicated regarding the recent rumors mingling over of her that she supposed relationship with an arch-conservative Donald Trump supporter.

Besides this, she affirms that “She has been dating with Chocolate boy Brad Pitt but in her fantasy of course.

A piece of news was making around earlier regarding Krakowski being engaged for months to the former US president’s close friend and supporter, founder of MyPillow, Mike Lindell.

Her reps told HollywoodLife: “Jane has never met Mr. Lindell. She is not and has never been in any relationship with him, romantic or otherwise. She is, however, in full-fledged fantasy relationships with Brad Pitt, Rege-Jean Page and Kermit the Frog and welcomes any and all coverage on those.”

Earlier, Daily Mail had falsely reported that Krakowski and Lindell had a secret romance: “It surprised many of Jane’s friends because she’s such an icon in the gay community, but here she is dating one of Trump’s biggest business backers. I mean he was seen in the West Wing and at Trump rallies and he is probably responsible for half of the revenue of Fox News. We’d always joke that Jane had so much money, couldn’t she afford her own My Pillow?”

What is Queen Elizabeth like in her private life?