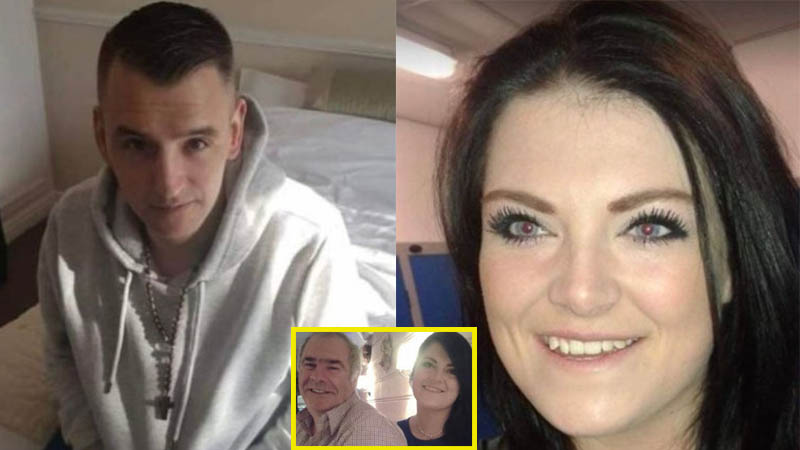 A father is devastated after losing his daughter just weeks after the sudden death of his stepson.

Kirsty Smith, 26, passed away after collapsing in her boyfriend’s home on Saturday.

She tried to save his life by giving him CPR until an ambulance arrived, but sadly the 36-year-old was pronounced dead by paramedics on November 28.

“She did have a heart of gold. She tried to save her brother Mark. She was working on him, giving him the kiss of life.

“Mark had pancreatitis and he had so much mental illness. He was in the RAF and he had two beautiful children.

“He had lovely qualities and was a gifted cartoonist. He was such a very funny young man. He loved a laugh and he was a very caring and loving father to his two children.”

It is not yet known how Mark and Kirsty died.

Stuart, 71, believes Mark may have taken too much of his medication but did not mean to take his own life. Meanwhile, he understands that Kirsty’s heart stopped on Saturday, but isn’t sure why.

Kirsty grew up in Redcar, North Yorkshire, with Mark and her two younger brothers Adam, 25, and Scott, 24.

She was also close with her sister Karen, 49, and her brother Andrew, 47, from her dad’s previous relationship.

Her mum Angela died when Kirsty was only 10, and she went on to study at Teesside University where she played for the women’s rugby team.

Kirsty also worked across Teesside as a door woman for Aventus Security.

Stuart, who is stepdad to Mark and dad to Kirsty, Adam and Scott, said: “Before she became poorly she wanted to be a door woman so she did the badge.

“She would be there sometimes dancing with the customers. She had so much respect off the lads.”

Stuart said that Kirsty battled mental health issues and was being treated by Foxrush House in Redcar.

He said that she also struggled with physical health conditions such as fibromyalgia and osteoporosis, struggling to get out of bed some days and relying on medication for her pain.

On the day Kirsty died, she was supposed to meet her brother Adam but did not return home.

Stuart said he knew something wasn’t right after failing to get in touch with his daughter over the phone.

The retired builder said: “I had gone to sleep and there was a phone call from a policeman. He said ‘Stuart I would like to talk to you’.

“He came in and he told me she had died – they thought it was a massive heart attack.

“I spoke to her boyfriend Jamie and he said that they had been watching films together and had a good day. To me, it was nice to know she had found a bit of happiness before she did pass away

“She touched everybody’s heart; she was such a lovely person. We were so close it’s unreal. I am going to miss this young lady so much.”

Adam’s partner Kara Baker has set up a GoFundMe page for Kirsty’s funeral and has so far raised more than £2,000.

On the fundraising page, she describes Kirsty as a “beautiful soul” and a “well-loved” daughter, sister and auntie, adding that the family are “utterly broken” following the death of both Mark and Kirsty.

Following Kirsty’s death, Aventus Security posted on Facebook: “Rest in peace… one of the best female DS we ever had. Such a sad loss.”