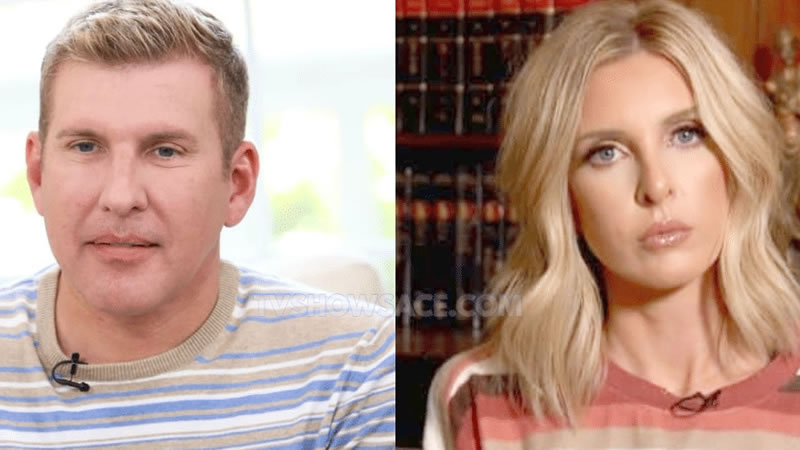 Lindsie Chrisley recently mentioned that Todd was NOT her biological father on Instagram. Todd revealed that someone brought this to his attention during this week’s episode of Chrisley Confessions.

Now, he didn’t get upset or angry in his response to his daughter basically disowning him on social media. Instead, he killed her with kindness in his response.

Todd Chrisley admits he has someone that watches Lindsie’s social media and takes screenshots whenever he or the family get mentioned. Turns out, she recently discussed Todd not being her biological father.

Todd mostly shrugged off the accusation. He noted that if he wasn’t her biological father… He hoped Lindsie had a better relationship with whoever her “real father” was.

Todd Chrisley, however, made it a point to mention that biological father or not… He was the one that raised Lindsie Chrisley. He was there from the moment she drew her first breath.

Todd explained that Lindsie filled a hole in his heart he didn’t know could be filled when she was born. He’s loved her from the first moment he saw her. And, he always would.

The Chrisley Knows Best star also made a point to mention that he embraced Lindsie and his son Kyle when their mother left them and never looked back. He, however, thinks he did a poor job being both the mother and father of his two oldest children.

Fans are all over the map with reactions to this statement

On Todd’s Instagram account, fans are frustrated with Lindsie Chrisley. They think she needs to seek mental help. Some, however, blame the “animal” she married for driving a wedge between her and her father. Others think Lindsie needs to take a good look in the mirror because she looks nearly identical to her father, Todd.

Why do you think Lindsie Chrisley is insisting Todd is not her biological father all of the sudden? Do you think the rift between these two will ever settle? Share your thoughts with us in the comments. And, keep coming back for the latest on the Chrisley family.