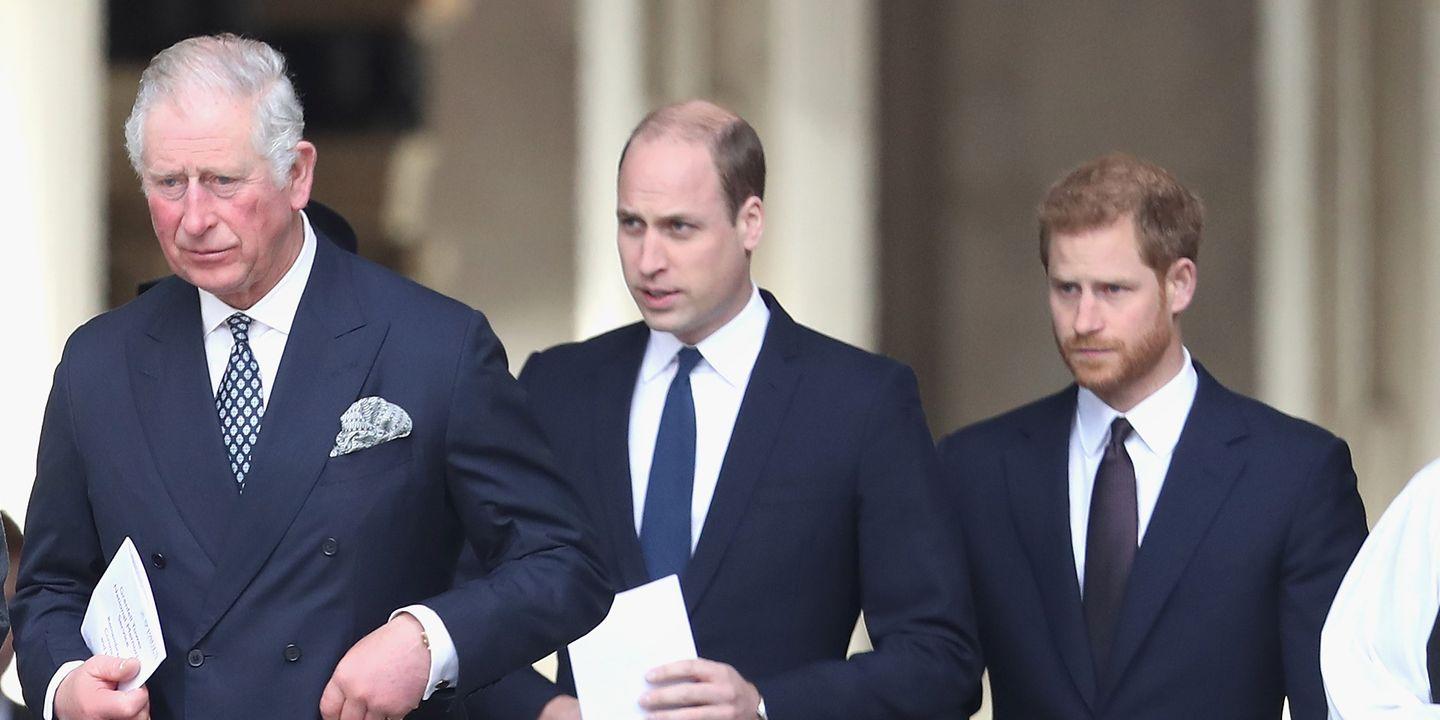 Prince Harry’s return to England last week for his grandfather Prince Philip’s funeral sparked a lot of public interest over whether Harry, his father Prince Charles, and his brother Prince William would repair their strained relationships at all following Harry and his wife Meghan Markle’s big Oprah interview that aired in March.

While Harry, William, and William’s wife Kate Middleton were filmed talking after the service, and there were some tabloid reports suggesting major progress was made in the family, Harper’s Bazaar’s royal editor-at-large Omid Scobie got intel from sources about what actually happened. There were discussions, sure, but peace and resolution to Harry and Meghan’s issues were not achieved.

Meghan and Harry’s grievances with the institution that they shared with Oprah are deep and painful. The couple spoke openly about how the royal family and British tabloids’ treatment of them led them to step down from their senior royal family roles permanently.

Among their biggest bombshell claims was that a member of the royal family (not the Queen or Philip) had concerns that their then-unborn son Archie’s skin would be too dark, Meghan revealing that the institution refused to let her seek treatment when she struggled with suicidal ideation, and Harry’s statement that the family has an “invisible contract” with the British tabloids and are scared of them. Harry also said that Charles stopped taking his phone calls at one point and cut him off financially. Strikingly, Harry told Oprah point blank that he believes his father and brother are “trapped” in the institution.

If Harry hadn’t met Meghan, he would’ve remained trapped too, he said: “I was trapped, but I didn’t know I was trapped. But the moment that I met Meg, and our worlds collided in the most amazing of ways and then [I began] to see how trapped within the system, like, the rest of my family are. My father and my brother, they are trapped. They don’t get to leave, and I have huge compassion for that.”

After the interview aired, Gayle King revealed that she had spoken to Harry and Meghan, and they told her that Harry had spoken to his father and brother. “The word I was given was, those conversations were not productive. But they are glad they at least started a conversation,” King said. No one in the royal family reached out to Meghan, King added.

Scobie reported for Harper’s Bazaar today that Harry did have “conversations” with Charles and William following Philip’s service on Saturday. But Scobie was told by multiple sources that “reports of peace talks and family summits have been wide off the mark.” The tabloid report that Harry wrote his dad a “deeply personal” letter before leaving? That’s false, a source close to Harry told Scobie. The purpose of Harry’s trip was to honor and mourn his grandfather, not broker peace.

There’s potential for future conversations, though, that source explained: “This trip was to honor the life of his grandfather and support his grandmother and relatives. It was very much a family-focused period of time. Saturday broke the ice for future conversations but outstanding issues have not been addressed at any great length. The family simply put their issues to one side to focus on what mattered.”

Harry returned to California on Tuesday and reunited with Meghan and his son Archie in the late afternoon.

Apparently, couples are happiest when they have Love once a week