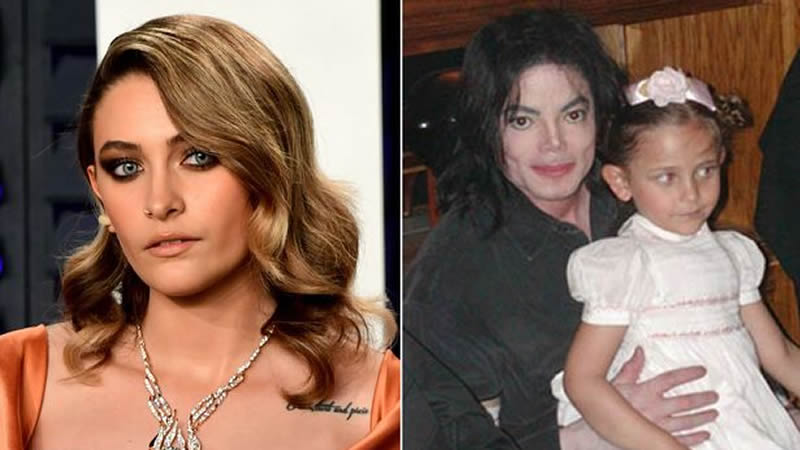 Paris Jackson has stressed it wasn’t all “glitz and glam” growing up with famous dad Michael.

Paris, the daughter of the late music icon, was the King of Pop’s second child with Debbie Rowe.

And ahead of her 23rd birthday on Saturday, the actress, model and musician revealed her father wanted to make sure his kids were “cultured” and schooled properly.

“My dad was really good about making sure we were cultured, making sure we were educated, and not just showing us like the glitz and glam, like hotel hopping, five-star places,” admitted Paris, speaking to Naomi Campbell on the supermodel’s YouTube interview series No Filter.

“Even growing up it was about earning stuff,” added Paris. “If we wanted five toys from FAO Schwarz or Toys ‘R’ Us, we had to read five books.

“It’s earning it, not just being entitled to certain things or thinking ‘oh I got this’.

“It’s like working for it, working hard for it, it’s something else entirely. It’s an accomplishment.”

Paris went on to reveal she knows all the words to her dad’s songs and said his eclectic taste in music has helped to influence her sound as a buddy musician.

“He loved classical music and jazz and Hip Hop and R&B and obviously the Motown stuff,” said Paris.

“But also, like radio’s Top 40 and he loved rock music, soft rock. The Beatles.

“So, we grew up around all of that and I feel like all of that somehow influences my stuff and if you listen to my album even there’s some movie soundtrack like influences as well like Hans Zimmer and Danny Elfman, as well as, like, rock bands like Radiohead, and Manchester Orchestra.”

Paris released her debut album Wilted last November and has also appeared in a couple of movies as she looks to follow in her father’s famous footsteps.

The clothing, made of vegan mushroom leather, is part of celebrity fashion-designer Stella’s “commitment to bringing conscience to the fashion industry”.

Paris shared a striking image of herself to her 3.6million Instagram followers modelling a stylish top from the Mylo Unleather collection.

“If Stella and @BoltThreads can innovate a leather alternative out of mushrooms, and not plastic, why wouldn’t anyone be for it?” said Paris on social media.

“I’m overjoyed and utterly grateful to be on the right side of change, and to be a part of something so much bigger than myself: saving the animals and the environment, one thread at a time.”