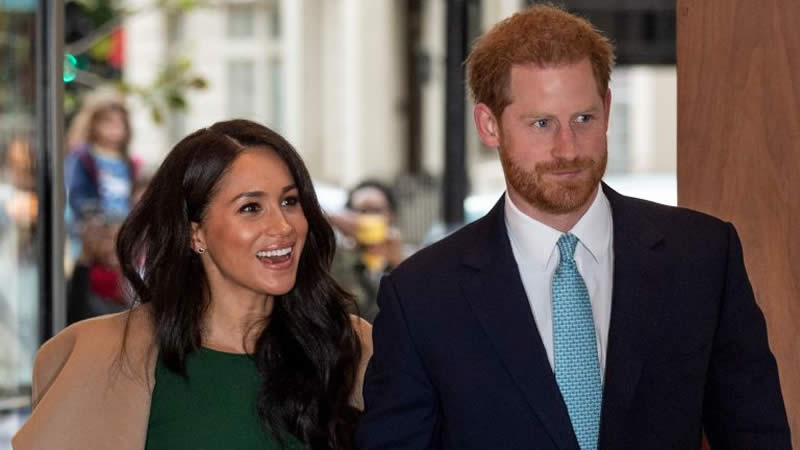 The royal author claimed that Prince Harry and Meghan Markle‘s return to the U.K. in June has nothing to do with healing their alleged rift with Prince Charles and Prince William. They are only there to pay their respects to Queen Elizabeth II.

The Duke and Duchess of Sussex will join the Platinum Jubilee celebrations from June 2 to 5 with their children Archie, 3, and Lilibet, 11 months. Expectations are high that their visit could lead to reconciliation with the royals, especially with the Prince of Wales and the Duke of Cambridge.

However, Duncan Larcombe believes otherwise. He said the couple is just there to mark Her Majesty’s 70th year on the throne.

“If you take Harry’s recent visit to go by, make no mistake if they’re back in the UK we know it’s only because of the Queen. They’re certainly not flying back to see William, Kate, or Prince Charles,” he told OK! magazine.

He added, “So I think they’ll spend as little time as possible with them, but they will want to see the Queen. But it’s clearly a trip not to let bygones be bygones and heal a rift, it’s specifically for them to pay their respects to the Queen.”

Likewise, the author of “Prince Harry: The Inside Story” said the Duke and Duchess of Sussex promised to introduce Lilibet to Her Majesty. The Platinum Jubilee celebrations would be a good opportunity to do so.

However, when it comes to interaction with the rest of the senior royals, he expects very little exchange. He suspects that the royals “won’t say anything to them apart from pleasantries because they won’t want it reported back” and end up in another explosive TV interview.

He explained, “The way in which Harry and Meghan have behaved and the public way in which they’ve relayed conversations between members of the Royal Family – which is an absolute no-no, it really is seen as a total betrayal.”

Larcombe claimed that it would be “very difficult” for Prince William and Prince Charles to say anything to Prince Harry and Meghan Markle at the Platinum Jubilee celebrations. He said this is because “that trust has been sold, to put it bluntly.”

How Windows Contribute to a Healthy Home