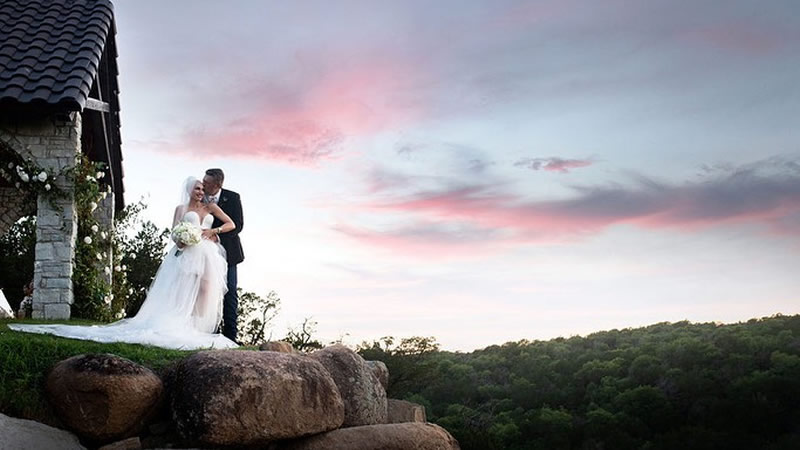 Blake Shelton and Gwen Stefani are finally husband and wife.

The two tied the knot over the 4th of July weekend in Oklahoma, eight months after they got engaged in October 2020.

Page Six obtained photos on Sunday showing guests arriving at his ranch, where a small chapel appeared to have been built for the ceremony.

On Monday, Gwen confirmed the nuptials herself by sharing a video of her in her veil, captioning it with the wedding date, “July 3rd, 2021.” View this post on Instagram.

She also shared three photos from the wedding itself, showing her in her Vera Wang dress alongside her new husband — showing some leg in a golf cart after saying “I do.”

TMZ reported the two applied for their marriage license on June 29 in Oklahoma. The two were required to say “I do” within 10 days of obtaining the license. The outlet also said at the time the couple was set to marry on Saturday, July 3.

This is the third marriage for Shelton, who was previously married to Kaynette Williams from 2003-2006 and Miranda Lambert from 2011-2015.

Stefani and Shelton first met after Gwen joined Season 7 of “The Voice” in 2014, as they were both going through high-profile divorces. The two started dating shortly after that, before finally getting engaged in 2020.

The wedding was delayed because of the pandemic, though the two sparked rumors they had already tied the knot in mid-June after she appeared to be wearing a diamond wedding band next to her engagement ring.

The sighting came after Gwen posted photos from what appeared to be her bridal shower on her Instagram Story.