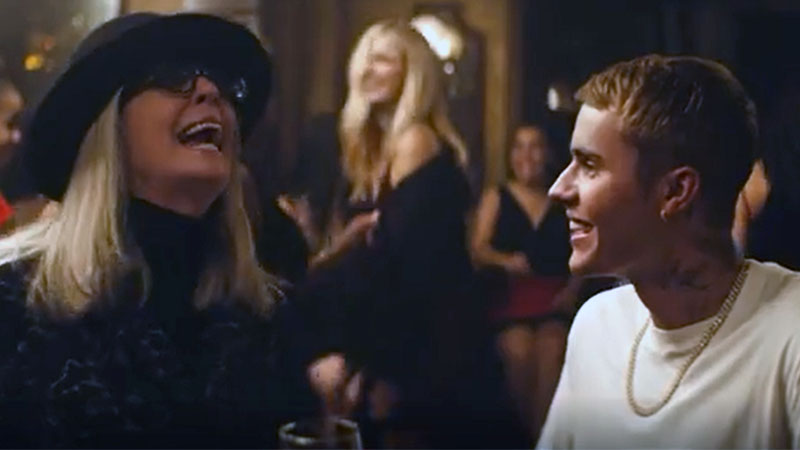 After dropping a teaser of his new music video for Ghost, Justin Bieber had already left his fans eagerly waiting for it. The song video finally dropped on Friday and it looks beyond amazing as Bieber teams up with Diane Keaton for the moving track. As mother-son duo, Bieber and Keaton are sure to leave you emotional as they deal with grief.

The music video features Justin and Diane as a family who are dealing with the loss of a loved one and how the mother-son duo heals after the tragic incident. The music video shows Justin trying to cheer up a heartbroken Diane who later enjoys some light moments with him as they go partying together, laugh, and dance.

At one point, Justin also introduces Keaton to an online dating app. The Ghost song lyrics which talk about missing a loved one after they have passed, blend perfectly with the emotional music video and fans too are giving a thumbs up to this Diane Keaton and Justin Bieber team-up.

Check out the song video here:

The music video has been directed by Colin Tilley and looks incredible. Keaton had previously shared the teaser video of the song on her Instagram account and wrote, “AM I DREAMING??? WHAT AN HONOR IT WAS TO WORK WITH JUSTIN BIEBER AND HIS INCREDIBLE TEAM!!!”

Justin also responded to Keaton on her post as he wrote, “Love you.”Ghost has been a part of Justin’s sixth studio album, Justice. Fans had eagerly been waiting for the singer to drop a new music video and it seems Ghost may be something they were exactly looking for.

4 Common Yoga Mistakes and How To Avoid Them