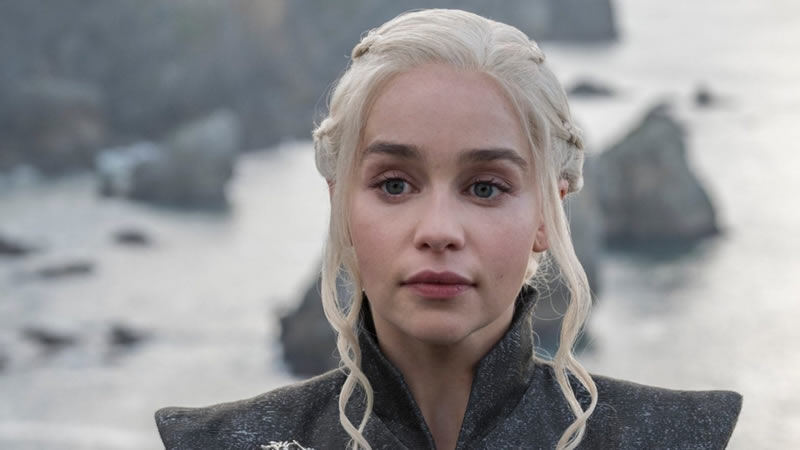 Game of Throne’s Emilia Clarke is busy promoting her new comic book! The actor, 34, appeared on The Tonight Show Starring Jimmy Fallon to promote her new comic book which she co-wrote named M.O.M.: Mother of Madness.

Speaking of why she had the urge to start off with her own comic book, Clarke said that a “silly idea” came out of a “silly conversation” she was having with friends. “And we were like, ‘Yeah, wouldn’t it be funny if there was a superhero who wasn’t perfect and who was just a big mess like us?’” Clarke said.

And I did all the other characters… There was a lot of material that was ready to come out and now it’s here. And it’s a real thing”, Clarke shared with Jimmy. After the publishing of her new comic book, Clarke, being a good friend, also credited her 11 friends who brainstormed this idea with her on their way to a gig.

Speaking of her co-writer, Clarke said that she teamed up with Marguerite Bennett, who has been her “guru” and her “guide” throughout the journey. “I didn’t know the first thing about making a comic and so I wrote all the stuff and then she turned it into comic,” she said excitedly.

When asked about finding potential in her comic to be turned into a movie or a television series, Clarke said that she made the comic because she felt “crazy” and didn’t have any other intention behind it.

“I made a comic cause I’m crazy and so I did that. And if it’s really crap and no one wants it, then it won’t be a movie,” Clarke added.

But, while fans wait to see if M.O.M. comes to the screen, Clarke is already set to join the MCU in an upcoming Disney+ series.

Sharing her news of joining the Marvel Cinematic Universe for a Disney series, Clarke said, “So, yeah, I’m pretty sure we can say it’s called ‘Secret Invasion…I am convinced there is a man outside my house,” she teased her fans. “..there’s been a car parked there for a long time. And I swear to God, he’s undercover,” she jokingly concluded.