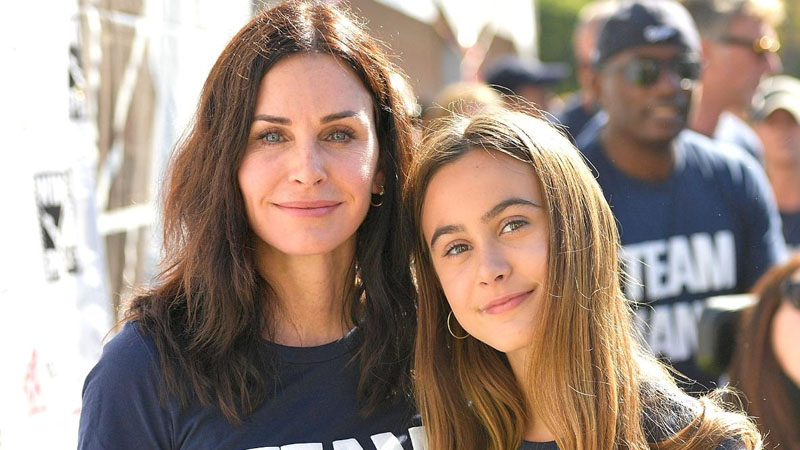 Like a doting mother, Friends actress Courteney Cox dropped off her daughter Coco Arquette at her high school on her first day of senior year. The mother took to her Instagram account to post a sentimental yet hilarious video where the mother-daughter duo was engaging in banter while Coco was getting ready for her first day of school.

The background song of the video is a relatable track I’m So Excited by The Pointer Sisters. Captioning the video as ‘Sweet memories,’ the mother posted the bittersweet clip where she is dropping her daughter at high school for her senior year. “It’s the first day of the last year Coco’s going to school. She’s a senior, big day,” Cox says, and while sharing the moment with her fans, the Friends actress pets her dog and makes a cup of coffee.

The actress then calls her daughter on the intercom asking if she is ready for her big day, and gets a firm reply back when her daughter answers that she is not. After being in the car, the mother speaks to the camera to tell her fans that she is actually dropping her daughter off for high school. However, when she tries to film Coco, Cox gets another firm reply from her daughter where the latter says that she doesn’t want to get filmed.

Friends and fans of the actress have been appreciating the video to no end! The Morning Show star Reese Witherspoon commented, “MOM Life!,” as the actress probably had similar experiences with her kids! Fans have also been commenting about relatable moments as mothers. Previously, the singer had also shared a video of her daughter covering Adele’s Chasing Pavements which had garnered many likes and appreciation from Cox’s fans.

6 Reasons to Avoid Getting Obsessed About Your Looks