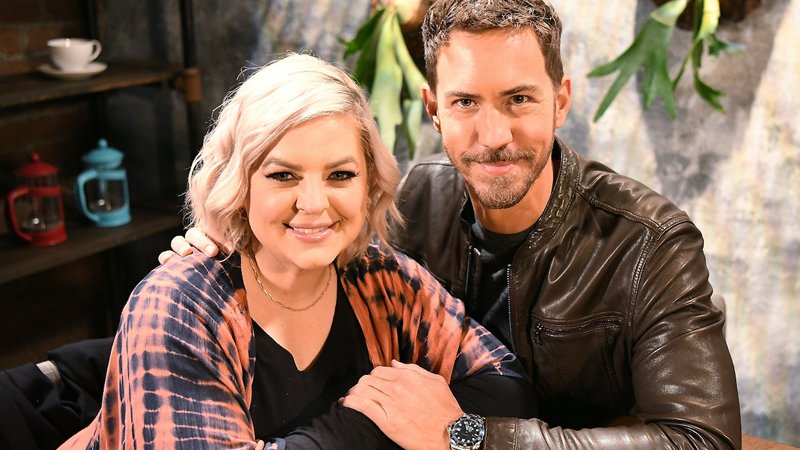 On yesterday’s episode of GENERAL HOSPITAL, Peter’s world crumbled when Maxie told him that Chloe, the nurse he hired to watch over her, ran off with their newborn daughter, Louise. In a heated confrontation in Maxie’s cubicle at the hospital, Peter August, aka Heinrik Faison, finally got his due as Maxie tore into him for all his misdeeds.

The emotional scene between portrayers Kirsten Storms and Wes Ramsey was a payoff for GH viewers, as Maxie angrily laid into Peter with one truth after another.

“You are a horrible person, Peter,” she angrily spat at the man she once thought she’d marry before learning that he really was a cold-blooded monster, just like his father.

“Correction: Heinrik. God, it feels good that I don’t have to pretend anymore! And the only reason I did that was to protect our baby. But she’s gone. Because of you.”

After the episode aired, Ramsey took to Instagram to share his praise and awe of his leading lady, Storms. “My scene partner,” he wrote, sharing a pic of their side-by-side poster-sized photos that hang in the hallway at the show’s studio.

“You’ve always inspired me… My hat is off to you, yet again. Your instincts are like lightning, dangerously powerful, and beautiful to watch! We really brought the house down, in a glorious blaze. Bravo!”

Storms’ feelings for her co-star are mutual. Back in March, the actress took to her Instagram stories to show her support for Ramsey after the actor’d been criticized online for being too nice to play a devious villain like Peter.

“The juxtaposition of Wes’ personality and Peter’s personality is just crazy,” Storms pointed out. “They could not be any more different. Which is, to me, someone who really enjoys watching other actors’ performances and kind of taking my own notes on them for my performances, I really think that’s the sign of a great actor. So, Wes, great job.”

You can see how awesome Storms was as Maxie unleashed on Peter yourself by watching the scenes in the video below. And be sure to stay tuned to GH to see what happens next!