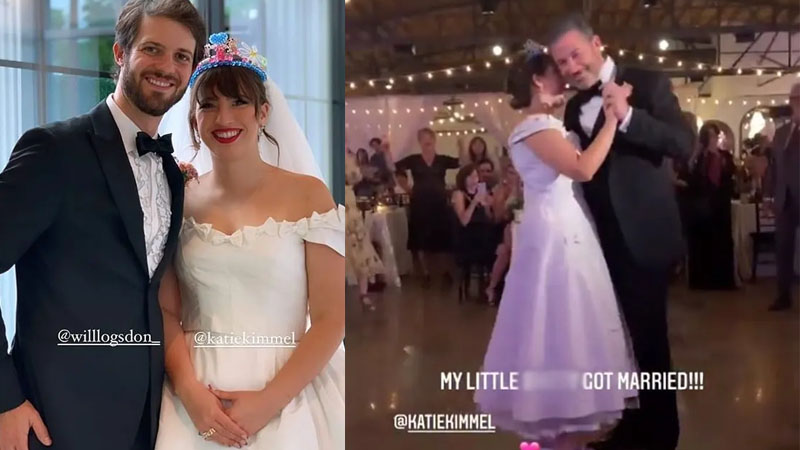 A big congratulations to Jimmy Kimmel’s daughter, Katie! Katie, 30, tied the knot with Will Logsdon on Saturday surrounded by colorful flowers and handmade ceramic pieces, as well as their closest friends and family. Their dogs even got in on the fun as part of their wedding cake topper.

She wore a white gown with bows along the neckline, as well as a rainbow nature-inspired tiara for the reception. Logsdon opted for a more traditional black tuxedo with a bowtie.

The newlywed shared a look at her Saturday nuptials on her Instagram Story on Sunday.

Kimmel opened up about Katie’s ceremony when he stopped by The Ellen DeGeneres Show earlier this week.

“She actually turned 30 two weeks ago, which is strange to have a 30-year-old daughter,” he said Monday. “And she is getting married this weekend, as a matter of fact, which is a big deal.”

Kimmel also confirmed that he does indeed like Katie’s spouse Logsdon.