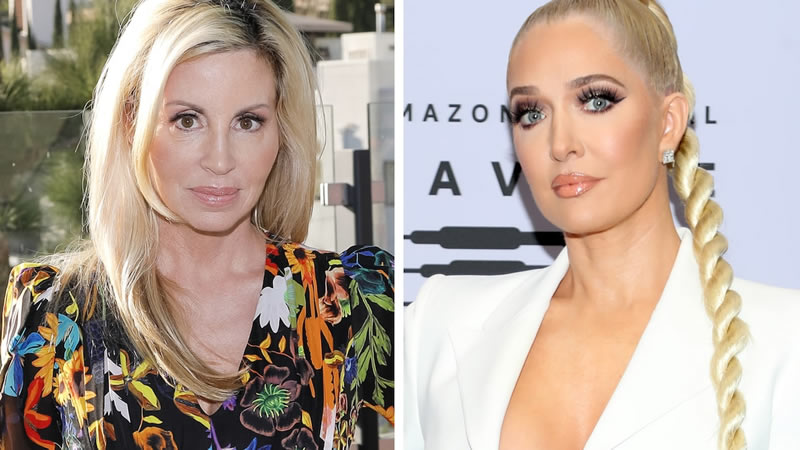 Erika Jayne was a blubbering mess in last night’s episode of “The Real Housewives of Beverly Hills,” but former cast member Camille Grammer-Meyer thinks it’s all for attention.

“I wish you were there to yell ‘Shut it down!!’ every time Erika started to cry,” a fan tweeted at Grammer-Meyer on Thursday, referring to Jayne’s constant tears over her divorce from Tom Girardi.

The “RHOBH” personality, 52, then seemed to insinuate that Jayne’s waterworks were anything but authentic, responding, “We filmed in the Bahamas season 9 and we were all swimming in the water. I don’t remember seeing EJ’s mascara run after swimming underwater. Just saying.”

“I knew it was cheap mascara used for affect. She made no attempt to wipe her face. If you’re crying all the time like she said she was…wouldn’t you carry a tissue? Please. I don’t buy any of her act and never have,” one person tweeted.

“As much as I felt for her, it did cross my mind that she made no effort to wipe her face. ..see what happens when you gain a certain rep…sadly that’s why she’s being so doubted,” said a netizen.

“Camille, I was thinking the same thing,” someone else wrote.

But others called out Grammer-Meyer for throwing shade at Jayne during a difficult period in her life.

“You need to really let this show go. I’m feeling really sorry for you at this point,” one person tweeted.

“Jesus Christ Camille. If you haven’t anything nice to say don’t say anything,” someone else wrote.

In last night’s episode of “RHOBH,” Jayne broke down in tears as she discussed her divorce from Girardi and shut down the rumors that their breakup was a way of hiding their money.

“This sucks so bad. The things that are being said are just wrong,” Jayne said. “People are believing [the allegations] and they’re everywhere and it’s terrible. I’m here, by myself, and what’s being said, I mean, it’s insane that my divorce is a sham. But nobody cares about the facts.”

Jayne filed to divorce Girardi in November 2020. They were later accused of using their divorce to embezzle money and hide assets from the victims of Lion Air Flight 610 in a lawsuit filed the following month.