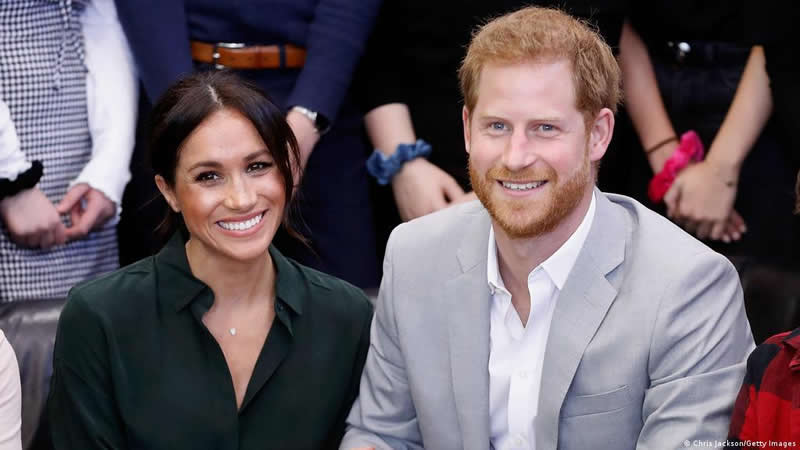 Prince Harry and Meghan Markle paid Queen Elizabeth a visit at Windsor Castle while on their way to the Netherlands for the Invictus Games.

This is the royal couple’s first joint visit back to the U.K. since they decided to move to Montecito, California, in March 2020 after stepping back as senior members of the royal family. A spokesperson for the Duke and Duchess of Sussex confirmed their visit to People on Thursday.

Although this is the first time the royal couple has made their return together to the U.K., Harry has been back on two occasions. Nearly a year ago, he returned for his grandfather Prince Philip’s funeral in April 2021 and then again in July 2021 to witness the unveiling of a statue in honor of his late mother, Princess Diana.

On Monday, a spokesperson for the royal couple confirmed that Markle would be alongside her spouse in the Netherlands for the first several days of the Invictus Games.

The international sports competition was founded by Harry in 2014 for wounded service members and veterans. This year’s event will take place April 16-22 in the Dutch city of The Hague.

The former American actress previously joined the British prince at the Toronto Games in 2017, which marked their first appearance as a couple. They announced their engagement two months later.

This year’s Games were originally scheduled for 2020. However, it was postponed due to the coronavirus pandemic.

But before they met, the royal couple were no strangers to supporting the troops.

Harry, who served 10 years in the British Army, has been a champion of causes that benefit both servicemen and women. He has been involved with the Walking with the Wounded charity and the Endeavor Fund, which honors veterans. Just days after welcoming his son Archie in May 2019, he traveled to the Netherlands to kick off the official countdown to the 2020 Games.

As for the former “Suits” star, she traveled to Afghanistan in December 2014 on a USO tour.

Markle became the Duchess of Sussex when she married Harry in May 2018 at Windsor Castle.

The Duke and Duchess of Sussex’s departure from royal duties began in 2020 over what they described as the British media’s intrusions and racist attitudes toward Markle. The family now resides in the coastal city of Montecito, California.

Since then reports of an alleged rift have emerged after the Duke and Duchess of Sussex gave a bombshell interview to Oprah Winfrey last year that was viewed by nearly 50 million globally.

For their current visit to the U.K., it’s been reported the pair did not bring their two young children with them.

The pair’s trip comes on the heels of Harry’s legal team telling a court hearing in February that the royal is unwilling to bring his children to his homeland because it is not safe to do so. Harry has launched a legal challenge against the U.K. government’s refusal to let him personally pay for police protection when he comes to Britain.

While senior members of Britain’s royal family are given taxpayer-funded police protection, Harry lost that when he and Markle stepped down as working royals and moved to the United States. The couple said their decision was due to what they described as unbearable intrusions and racists attitudes of the British media.

Harry wants to be able to pay for his protection, saying his private security team in the U.S. doesn’t have adequate jurisdiction abroad or access to U.K. intelligence information.

Since the Duke and Duchess of Sussex lost their public-funded protection in the U.K., they have privately paid for their own security in the U.S.