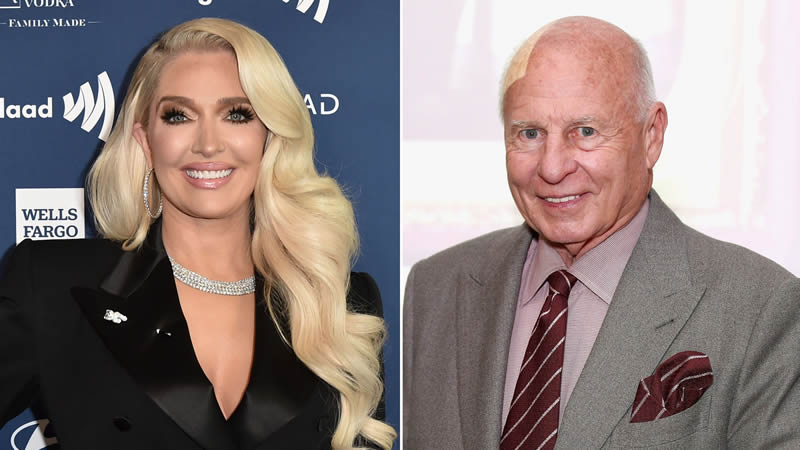 This season on “Real Housewives of Beverly Hills,” star Erika Jayne has made it seem like things are all good between her and husband Tom Girardi — but next week, a major bombshell is about to drop.

A promo for the upcoming episode appears to show Kyle Richards, Lisa Rinna and Dorit Kemsley reacting to headlines that Erika filed for divorce from her husband Tom Girardi.

While they don’t explicitly refer to the divorce news in the footage, the timing tracks — as she filed just days after the cast’s trip to Lake Tahoe, which will wrap up on the next episode.

As Kyle sits in hair and makeup, a surprised expression falls over her face as she looks at her phone. Dorit is also seen exclaiming “What?!” before she, Richards and Rinna hop on FaceTime together.

Also Read: Erika Jayne Spotted for the First Time Since Filing for Divorce From Tom Girardi

“It’s Erika, so had to do it like this, she couldn’t tell anybody,” Rinna adds, before Richards shouts, “What the hell!”

On November 3, 2020, Jayne filed for divorce from Girardi, citing irreconcilable differences after being married to him for 21 years. The reality star’s husband has been accused of misappropriating “at least $2 million in client money,” per TMZ.

The money was due to the families of the victims of a 2018 Boeing jet crash in Indonesia. However, the couple have been accused of faking the divorce to help conceal their involvement with the embezzlement case.

The rest of the season will not shy away from covering the divorce and the scandal surrounding both Erika and her husband. She’s seen snapping at Sutton Stracke over it in the trailer for the season below.